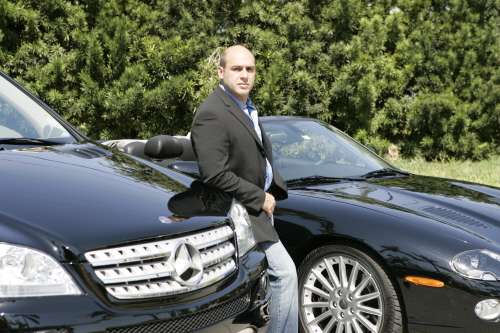 Almost twice as many people since 2007 are leasing cars without test-driving them first, and most drivers are making the transactions over the Internet, according to LeaseTrader.com, which studies industry trends and statistics.
Advertisement

“The fact that this segment for us has more than doubled in a short amount of time says people are taking advantage of some wonderful online technology that can eliminate the need to check out the car in person,” said Sergio Stiberman (pictured), CEO and founder of LeaseTrader.com.

“In addition to more overall exposure with online shopping for big-ticket items, many auto Web sites today provide you with a great virtual experience from designing the car to even seeing how it handles.”

Prior to 2007 the majority of blind lease takeovers on LeaseTrader.com happened with foreign vehicles such as the BMW 3 Series and Mercedes C230, Stiberman said. But today domestic vehicle leases have closed a significant amount of the performance gap and people are more comfortable with committing to a Ford, Lincoln, Chrysler or General Motors ride without ever driving anything.

Vehicles frequently bought without test drives include the Toyota RAV4, Lexus IS 250, Volkswagen Jetta, Lincoln MKX, Ford Edge, Chevrolet Equinox and Cadillac CTS. The RAV4 is leased more sight unseen than any other vehicle since September 2010, according to Lease.com data.

“I’m really not too concerned about getting the car and then not liking it because I’ve done plenty of homework on the vehicle ahead of time,” said Chris Garrison, a Michigan resident who recently used LeaseTrader.com to lease an Equinox. “It should also be pointed out that the car came with just 14 months remaining on the contract, so I’m comfortable making this move with such little commitment.”

Orange County GMC wrote on September 9, 2011 - 12:49pm Permalink
Leasing sight unseen just means that the driver didn't test drive the particular model they are leasing/buying. However, I am willing to bet that they most likely have driven a model before (maybe at a dealer for fun or a friend') so they probably at least have a feel of how the car feels and handles. Personally I have no problem buying a car online if I have driven it before (not that particular car) but the same model belonging to a friend etc.

LG's New EV Battery Plant Is a Welcome News for Tesla
Tesla Giga Berlin's New Hurdle: It's Not Only the Gov't, but Now Tesla Itself
END_OF_DOCUMENT_TOKEN_TO_BE_REPLACED