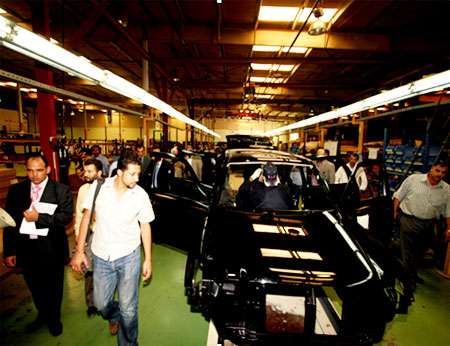 As the Egyptian nation finds itself in the throes of civil unrest, the investors in their auto industry watch with great angst how Mubarak handles the situation.
Advertisement

Will Hosni Mubarak step down peaceably? Will there be a moderate transition? Those are the questions on the political front.

On the economic front, its budding auto and SUV industry is at stake.

Fact is, political fronts affect financial and industrial investments, as well as those relationships that bring transport products and jobs to the country.

Many have viewed Egypt’s status as the greatest economic power in North Africa. That is why development from Russia, China and other nations have shown more than just a casual interest.

Rapid development and developed transport facilities, for example, have shown much potential in the automobile market there. In respect that Egypt has much desert area, it particularly has a huge demand for SUVs.

Last June, a single Landmark-Komodo, the first product of ZXAUTO’s Egypt KD Program, smoothly came off the production line in the AAV plant at Cairo.

AAV, whose full name is Arab American Vehicles, is AG’s local partner. As the biggest assembly plant in Egypt founded in 1977, it has solid strength and advanced equipment. AVV has assembled as many as 15 models of cars, among which are well-known brands such as Jeep, Peugeot, Hyundai, etc. AVV is the local leader in Egypt.

Likewise, China has been viewing Egypt as a major inroad for its bus products into the Middle East. Just recently, the 5th Great Influence to China Buses Industry & Recommended China Buses to Overseas Markets was held in Beijing Huashanyuan at the Hot Spring Hotel on January 10, 2011.

After one month and a half public voting by readers from both home and abroad, Yutong ZK6107H, King Long XMQ6127J and Higer KLQ6125 etc. twelve bus models were awarded overseas markets prizes.

ChinaBuses.org will recommend the twelve buses to over two hundred countries and regions in many different ways, and will also develop and perfect their platform to introduce more and more China buses to all over the world.

How these plants and relations in Egypt will be affected is anyone’s guess. If the Egyptian people truly want jobs, democracy and advancement, though, they would be wise to choose a moderate; that is, if they have that as choice at all.