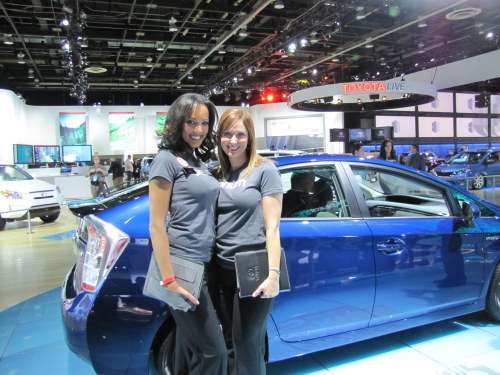 After the 2011 Detroit Auto Show, the auto industry still has its work cut out. Despite a rise in the stock market, a housing slump, rising energy prices, food and medical costs are still competing for the remaining money in pocketbooks. More than sustainable jobs, a strong dollar is necessary.
Advertisement

There’s more to it than marketing cars to the young. They have to afford them.

According to a recent article in the Detroit Free Press, business writer Greg Gardner, reports that automakers are still challenged to entice younger people to buy their cars.

Beyond their unique set of needs and wants, he especially points toward the U.S. Labor Department data which show that 36% of workers who lost one job between 2007 and 2009, but found another one, are earning at least 20% less. There’s your hint of what‘s really important, and it‘s beyond automotive marketing.

You don’t have to go to far to see the economic dynamics are still sluggish. What young or older person today can afford a $42K Chevy Volt, even a cheaper Nissan Leaf? And what young family can afford the supposed great deals espoused for $25K SUVs?

Fact is, jobs are still hard to come by, especially in Detroit, host of the 2011 NAIAS. Young people are also strapped with giant education debts after graduation. And those who do not have education or a job are just plain left out.

A new revelation by Stansberry & Associates Investment Research is the most disturbing. Some have condemned the group’s reports before, but found later out they were spot on. Of course the group sells their investment research services, but their success as a resource is tied to their batting average.

The latest report forwarded by StreetAuthorityFinancial.com relates the economic horizon is not as bright as the stock market. According to the on-line video, the market is acting precisely the way it did in 1947. The market crashed as it did in 2008-2009, then it popped to the upside.

What it did after that is the scary part. The market spiraled further downward just when everyone said the recovery was in place. He notes that those who froze experienced “normalcy bias,” and we may be getting set up for it again.

At risk is the American standard of living

His logic is rational. If for any reason the U.S. dollar loses its position as a reserve currency, whereby all invoices are measured, Americans will suddenly find themselves in a new world of hurt. And more than the auto industry will feel the pressure.

And how might the U.S. dollar get rejected by the world, which already prices oil in dollars? The American government has taken on too much debt; and the printing press seems the only way it knows to, or is willing to know, to solve the immediate.

Think cause and effect here, and hyper-inflation. The U.S. right now is viewed as the world’s largest debtor. That’s why China is selling its dollars slowly.

As a result, all commodities are rising except for natural gas. Gold has risen for a reason, because there is less trust in the dollar. That doesn’t bode well for the American economy, the stock market and especially the auto industry in 2011; and if not in 2011, then 2012 and beyond?

Sure hope this is wrong! But when the treasury says it’s not devaluing the dollar, that’s precisely when they likely will. It’s akin to saying they believe in a strong dollar as a policy, but act behind the scenes contrary to that policy. And perhaps that’s why the new world currency created by the World Bank, the Bancor, is being readied for action.