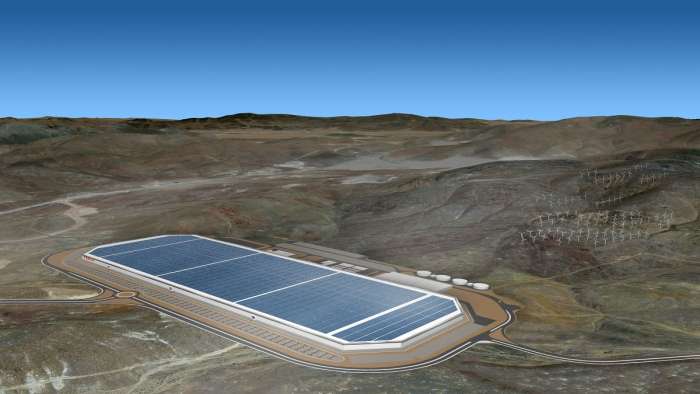 Tesla and Relations with Panasonic After The Battery Day

We see the long and complicated history Tesla had with Panasonic. And ask wether battery day might be the end of their relationship.
Advertisement

Tesla has a history of cutting out suppliers to bring core competencies in house. And in doing so has amassed a long list of companies laid by the wayside. In a Report, Reuters talks to unnamed ex-employees and previous suppliers to ask, if this fate will also befall its battery supplier Panasonic.

Start Of A Relationship
Panasonic first partnered with Tesla way back in 2009. At that time, the decision was seen as a huge vote of confidence for the California upstart. In the deal, the two companies decided to develop the next generation of automotive-grade batteries together.

The Investment That Paid Off
In November, the following year, Tesla announced it had sold $30 million worth of its common stock to Panasonic. The transaction was at a price of, post stock split-adjusted, $4.23 per share. Tesla’s stock price currently hovers at around $450. That is an 11,000% return for Panasonic. Or in other words, a $3.5 billion profit.

“An Honor For Tesla To Work With Panasonic”
Soon after Panasonic’s investment, the duo started to reap the fruits of their deepening relationship. In a 2011 blog post, Tesla announced “Panasonic Enters into Supply Agreement with Tesla Motors to Supply Automotive-Grade Battery Cells”. In this announcement, Tesla agreed for Panasonic to supply the batteries for its Model S sedan.

At the time Elon Musk was quoted as saying “It is a powerful endorsement of our technology that Panasonic, the world’s leading battery cell manufacturer, has chosen to partner with Tesla”

The Giga Factory
In 2014, their relationship grew even stronger. Tesla, having already debuted the Model S, was planning its next phase of expansion.

In June of the same year, Panasonic and Tesla announced their initial agreement to build the Nevada Gigafacotry. At 35 gigawatt-hours of capacity, this factory alone would have more than double the entire world’s lithium-ion battery supply. 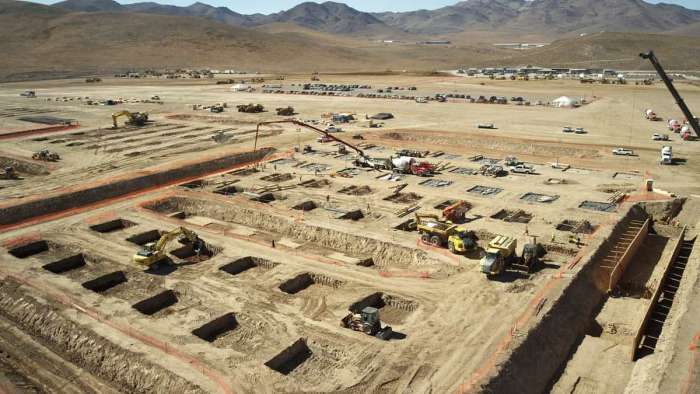 In 2016, Tesla’s affordable sedan, Model 3 gets announced, The vehicle was sporting the 2170 cells developed in partnership with Panasonic. By this time the two companies had reached the height of their relationship.

Cracks Start To Form
Not helping to quiet the rumors, A report from Nikkei came out suggesting, due to lack of demand, Panasonic had decided to freeze its Nevada Gigafactory expansion.

Elon Musk, responding to this report, blamed the decrease in deliveries, a 30 percent decline in Q1 2019, on Panasonic. Writing in a tweet, Elon Musk said, Panasonic’s production line has been a constraint on Model 3, and Tesla is the one freezing investments till Panasonic achieves the 35GWh potential capacity of the already built production lines.

Incorrect. Pana cell lines at Giga are only at ~24GWh/yr & have been a constraint on Model 3 output since July. No choice but to use other suppliers for Powerwall/Powerpack cells. Tesla won’t spend money on more capacity until existing lines get closer to 35GWh theoretical.

Master Of Our Destiny
Tesla’s desire to be self-reliant for its battery supply is once again brought forth at the 2019 shareholder meeting. Talking about their acquisition Elon musk said, “We think this is quite strategic, this is a very important technology that will have a big effect on the cost and scale of cell production. And Tesla’s newly hired CTO, Drew Bagelino said “We’ll be the Masters of our destiny”

After 12 years, Tesla’s complicated partnership with Panasonic is yet again at a crossroads.

Currently, it's all but confirmed Tesla is going into cell manufacturing on battery day. But, even with few days to go till the September event, it is still unclear whether Tesla plans to involve Panasonic in its plans. But, despite all the rumors, Panasonic seems confident of its partnership.

“There’s no doubt our partnership will continue to innovate and contribute to the betterment of society,” said a spokeswoman for Panasonic when asked about this by Reuters.

For more information: Check out all the ground-breaking things we expect will be announced at Battery Day. Also check out a video of our coverage of Berlin, Gigafactory.

DeanMcManis wrote on September 19, 2020 - 8:04pm Permalink
This question of Panasonic's future involvement in producing Tesla's batteries first came to a head when it was leaked about the ongoing development of the Roadrunner battery project and Elon Musk's comments about Tesla's future plans to produce their own batteries. But after that point both Tesla and Panasonic had increased battery production capacity and they added more factory production workers at Giga Nevada. As you mentioned, the initial Roadrunner battery production is limited, and it will most likely just be able to provide the new battery packs for the upcoming Palladium Model S/X and probably the Tesla Semis. There is also the possibility for the new batteries to be used in special Robotaxis, yet to be formally announced. But the bulk of Tesla's automotive production will still require the full manufacturing capacity (and maybe even more) from Giga Nevada, as well as a portion of the China-only CATL LFP batteries, and a supply of batteries as needed from LG and others as needed for the next few years. It is likely that Tesla's new Roadrunner batteries will be entering mass production at Giga Texas and Giga Berlin next year, which will augment Panasonic and CATL battery supply in the coming years. But I don't think that Panasonic has much to worry about for several years to come. Good article and video.
Tinsae Aregay wrote on September 21, 2020 - 3:11pm Permalink
you are right. And in addition to this the 2 companies have also signed an agreement that will keep their partnership till 2023, I guess the question is will Tesla still be working with Panasonic after the roadrunner cells fully ramp.
Your Dad wrote on September 20, 2020 - 4:39pm Permalink
That info is so wrong and you dint talk about the new lines PENA is investing in plus the 100 plus employees PENA is hiring.Always saying that Panasonic and Tesla are going to separate but PENA always proves you wrong.It shows that your day to day research is wrong and your work is a waste of time.Just lies and speculation.Get your fact strait and then write something that makes sense.
Tinsae Aregay wrote on September 21, 2020 - 3:17pm Permalink
it is hard to cover everythin in one article, readers usually have a limited time, but yeah will include that information in future articles.
Carlbaxwild wrote on September 21, 2020 - 2:22pm Permalink
I foresee a privately held joint venture between Tesla and Panasonic or something similar. Potentially, It could make sense for Tesla to subdivide into a car battery segment and to leverage their major supplier relationship while doing so. If we take Panasonic's increased line capacity in recent weeks and the signing of an extension to their partnership, anything less than a bold announcement about their ongoing relationship to match seems inconsistent with the ramp up prior to battery day. We shall see this week. But I believe a bet on time tested company like Panasonic is strong position short and long term.
Tinsae Aregay wrote on September 21, 2020 - 3:14pm Permalink
Do you think Tesla will be willing to share the Roadrunner battery technology with Panasonic though?
DeanMcManis wrote on September 21, 2020 - 10:52pm Permalink
No, I don't think that Tesla will be sharing their proprietary battery tech info with Panasonic, LG or CATL. It doesn't serve Tesla's long term goals.
Armen Hareyan wrote on September 22, 2020 - 7:37am Permalink
It looks like Elon updated last night on Twitter about the future of the relationships and Panasonic, CATL, LG Chem and said they will even have new partners.