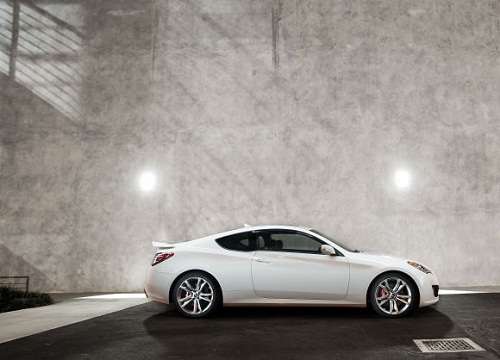 Hyundai is first in customer love per brand survey

A wide-ranging study finds that Hyundai enjoys more consumer loyalty than any other auto company, beating even the big-name luxury brands by a large margin. In fact, Hyundai cars and crossovers get more love from their owners than almost all other brand-name products.
Advertisement

Americans who drive Hyundai cars like their vehicles more than owners of any other automotive brand sold in the United States. That's right. Korea-based Hyundai – once considered a purveyor of slap-dash economy cars – now wins considerably more customer loyalty than even BMW and Mercedes. In fact, according to the 2010 Customer Loyalty Leaders list, Hyundai stands very high above those prestigious luxury brands. Only Toyota approaches Hyundai's high ranking. But even Toyota's approach is distant, with the Japanese auto maker landing 31 places lower than Hyundai on the list.

In that light, Hyundai's high ranking appears even more remarkable. The carmaker placed sixth out of the entire 500 names that made the Brand Keys list. The only products with higher brand loyalty, placing one through five, respectively, are Apple iPhone, Samsung, Wal-Mart, Grey Goose Vodka and Apple Computers.

The number-six ranking – highest by far among all auto companies – represents an impressive ascent for Hyundai. In the 2009 survey, the company stood at number 24. The year before that, it occupied the 295th slot in the ranking.

Hyundai Motor America began offering vehicles in the U.S. in 1986. The company currently sells through about 800 dealerships. Through October 2010, it had sold a total of 452,703 vehicles in the United States. According to the market research firm AutoData, that performance makes Hyundai the seventh largest new-car retailer in America. But look for it to move higher, given its ability to please customers, as measured by the Brand Keys survey.

The Hyundai press release announcing its high standing quoted Robert Passikoff, Brand Keys founder and president, who said, “Hyundai’s increase in loyalty is largely due to significant increases in product quality, success of its new higher-end models, and the ongoing halo effect from its innovative and emotionally resonating buy-back campaign.”

The company's high-end models are led by the $33,000 Genesis sedan and coupe, and the $58,000 Equus sedan, due to reach dealers in December. The company's buy-back campaign was an offer to let buyers return recently purchased Hyundais for a refund in they lost their job.

The full ranking is available at http://www.brandkeys.com/awards/leaders_10.cfm.