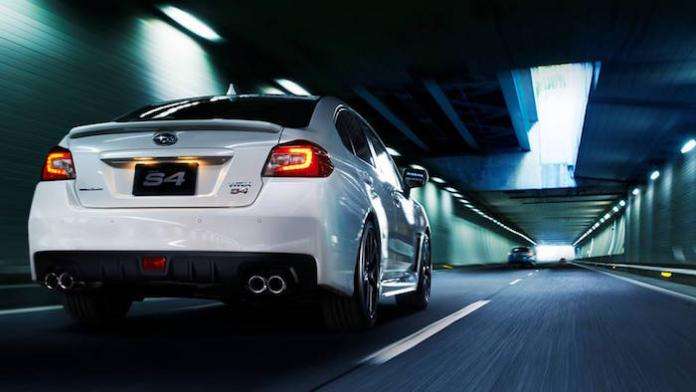 Will Subaru Sacrifice Performance for Safety in the Next-Gen WRX

Subaru Japan announces the 2018 WRX S4 for the Japan market but something is missing. Is Subaru sacrificing performance for safety?
Advertisement

The Japan-spec 2018 Subaru WRX S4 has been announced for Japan and the performance models comes in two trims but something is missing. Subaru Japan announced the new 2018 WRX S4 with upgraded EyeSight driver assist with a new “Touring Assist” function. But WRX S4 only comes with the Sport Lineartronic CVT automatic transmission. Subaru won’t be offering a 6-speed manual gearbox in the Japan-spec 2018 WRX S4.

One look on the Subaru Japan website, reveals they are only offering two trims on the new 2018 WRX S4. It comes in the base 2.0 GT EyeSight and 2.0 GT-S EyeSight trim levels. There is no 6-speed manual option listed for the 2018 models. The new EyeSight safety system with “Touring Assist” comes on both.

What is Touring Assist?

Touring Assist will be fitted as standard equipment on new 2018 Subaru WRX S4 and Levorg sports tourer models released in Japan this summer. In previous versions of Subaru’s EyeSight, Lane Tracing Control only operated at speeds of 60 km/h or more, but the new Touring Assist function extends operation to any speed range.

It also adds automated steering that follows the preceding vehicle in the same lane , teamed with Adaptive Cruise Control to assist drivers with automated control of acceleration, braking, and steering. Subaru says Touring Assist is for use on highways and other vehicle-only roads. Subaru’s original stereo camera technology simultaneously uses information on lane markings and preceding vehicles to offer consistent operation in a wide range of real-world settings, which they hope will reduce accidents.

Will Subaru sacrifice performance for safety in the next-gen WRX

According to a report from Australia’s wheelsmag.com, Masahiko Inoue, the project manager for Subaru’s Impreza and Crosstrek (XV in Australia) development program, confirmed that future versions of the WRX/STI performance models would include a manual gearbox. The question came up because the new 2018 XV is only being offered with a CVT automatic in Australia and not a 5-speed manual rower. Inoue told Wheels, “We’d expect that in the performance range there would be a manual transmission in the foreseeable future.”

In Japan, Subaru is moving away from the 6-speed manual gearbox in the 2018 Subaru WRX S4 and now only offering the Sport Lineartronic CVT because the new-generation EyeSight safety system with a new “Touring Assist” function doesn’t work with a manual shifter. Will Subaru Corporation do the same in the U.S. and other global markets? Stay tuned.