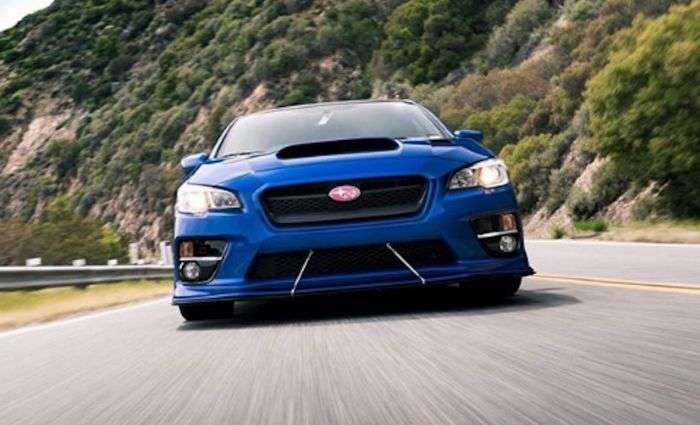 While Ford may be going with an all-SUV lineup, Don’t look for Subaru to follow suit.
Advertisement

Subaru may be bringing a new Ascent 3-Row SUV to the U.S. and Canadian markets, and a new Crosstrek Hybrid later this year, but don’t look for them to drop the WRX/STI, Impreza and Legacy sedans. Ford announced it would drop passenger cars in favor of an all-SUV and truck lineup, and it may make sense for the U.S. automaker.

It’s different for Subaru who has created a niche market for fuel-efficient, all-wheel-drive vehicles that include its WRX/STI performance cars, Impreza compact and Legacy sedan. While they aren’t SUVs and Crossovers like their top three selling vehicles, Outback, Forester and Crosstrek, they are all-wheel-drive, all-weather, capable which sets them apart from Ford’s cars.

Subaru is seeing their sedan sales drop with the 2018 WRX/STI (-8.2 percent), Impreza (-16.3 percent), and Legacy (-13.9 percent) YTD in 2018, but the Japanese automaker may be quietly licking their chops as those Ford compact car and sedan buyers will be looking at other brands. Subaru could stand to benefit as those shoppers look at the WRX/STI, Impreza and Legacy all-wheel-drive models.

The Legacy is the only sedan on the market to come standard with AWD, Impreza also comes in a hatchback body style, and WRX/STI is their flagship performance sedan with a cult-like following. It’s unlikely Subaru Corporation will drop these models that have accounted for 46,871 units in the first quarter of 2018.

Subaru has always been an automaker that goes against the grain of what other carmakers are doing. Regardless of body style, they will continue to offer a lineup of all-wheel-drive vehicles, that are powered by fuel-efficient boxer engines, have safety as their core value, and offer Symmetrical all-wheel-drive as standard on every vehicle. While Subaru has not confirmed it, they won’t likely drop the WRX/STI, Impreza or Legacy in favor of an all-SUV lineup like Ford.

Paul Cahill wrote on May 15, 2018 - 11:39am Permalink
gas prices are going back up, so no. Plus Subaru is smarter than that. Decline is likely due to the model getting a bit old in the tooth. A new power train in the STi will bring things back.
RYAN GERTNER wrote on May 16, 2018 - 9:29am Permalink
Ummmm, no Subaru's lineup is NOT all AWD. Did someone forget about the RWD only BR-Z?
AJ wrote on May 18, 2018 - 1:54pm Permalink
Actually, the BRZ is technically a Toyota. The only thing Subaru about it is the boxer motor - everything else is Toyota's design. If Toyota made the BRZ AWD using Subaru's Symmetrical AWD system, it would show the vast difference in Subaru's AWD vs. Toyota's "AWD" system.
Ed B wrote on May 16, 2018 - 10:46am Permalink
Great points, but remember - Subaru is a lot smaller than Ford and their niche is already established with AWD on all but the BRZ. As Denis noted, there are no other AWD sedans out there even though the Ford Fusion had an option for AWD.
Guillermo Sánchez wrote on May 17, 2018 - 2:26pm Permalink
Ford would probably "focus" on building pick-ups with no other coming close and they will pray for oil prices to stay low. The only two that I will miss are the Focus RS and the Fiesta ST. Hyundai has cars in every other category that are better. The enthusiast car market talks more then it puts the money down in cars. Many of the car enthusiasts look into the future to buy cars, even long into the future. It might be that enthusiast's cars are expensive. It might be that cars that bring a great experience are getting old and the very up to date with the intrusive tech are lacking the transfer of the great experiences. I love driving my 2018 STI. Love the rumble, love the driving experience. To improve it and be successful Subaru needs to keep the appeal. In my case, if they give up the rumble they would do what Porsche did to the Boxter's last generation. I would rather have the good sounding one. In fact, I had the more technologically advanced engine in my 2015 WRX, and besides the weight, fuel efficiency and highway ride, there is nothing to be missed from the FA-20. I would think to upgrade my car for an STI that sound as good as the current one and where I would think that the driving experience got better. Un STI that understeers less, that is more likely to make it oversteer if desired, that would have adaptive dampers, where the engine sound can be lowered if desired, like many other companies. For the lots of people who look into modifying it afterward, engines that resist being modified. I don't even care that much for the infotainment, which is terrible. The blue ocean for Subaru's STI is the boxer rumble / manual transmission / hydraulic steering / great all-wheel drive system combination. Yes, we users love the products. Ford didn't really try to sell their Focus RSs, which are good vehicles, they tried to sell the Focus RS over MSRP. If they wanted to make a good landing with the car enthusiasts, they shouldn't have marketed only for rich people. The Mustang sells well on the models that are not sold like that. How many GT 350R do people see on the streets? Subaru's WRX STI have interiors that are always catching up with the competition, infotainments that are bad. However, they didn't need to be faster than the EVOs, the RSs or Type-Rs, Golf Rs to be the car of the segment that you get to see more on the streets. The driving experience made the difference. I hope that Subaru doesn't give up on cars like Ford did. SUVs transformed the car industry, yes. Even Lamborghini plans to double their production with one. And really, what comes to your mind when you think of Lamborghini? Porsche probably sells more SUVs than cars, but what is Porsche in your mind? Cars, even in small numbers are important for those who enjoy driving. Subaru, grab the glove. Enthusiast cars can drive the mystique of a brand.