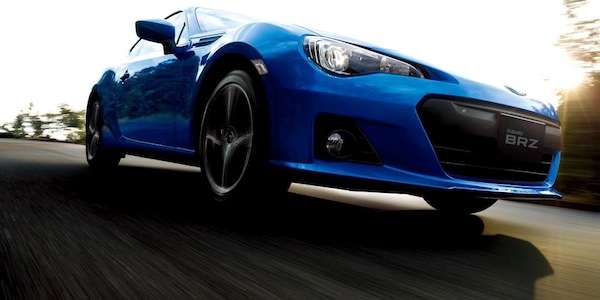 Will the 2015 Subaru BRZ sports coupe slide into irrelevance?

Sales of the 2015 Subaru BRZ continue to slide backward. What’s going on with the sports coupe?
Advertisement

With all the positive things going on at Subaru of America, there is one thing no one seems to be talking about. Sales of the 2015 Subaru BRZ continue to decline. Subaru reports sales of the BRZ sports coupe were down 45.9 percent over the same period last year in February. BRZ sales for the year are down 45.1 percent.

What’s going on with the sports coupe?

Sales are up for every other model in Subaru’s lineup. Forester, Impreza, WRX/STI line, Legacy, Outback and XV Crosstrek all are up month-to-date and YTD. All those models have received upgrades recently except for the XV Crosstrek which is due for a model change soon. BRZ has not received any new significant upgrades since it launched in 2012 as a 2013 model. Subaru has brought out some “Special Editon” models, but no major changes have been made to the sports coupe.

What is BRZ doing right

The Subaru BRZ has plenty of power to maneuver in normal highway driving, and is a great performer on the track in the corners. The BRZ sports coupe is an agile performer with great driving dynamics and can compete with some of the best vintage sports cars of the past like the Mazda RX-7, Datsun 240Z and Porsche 944. The BRZ also competes with current sports cars like the Hyundai Genesis Coupe and Mazda MX-5 Miata.

Why are sale waining for BRZ?

The Subaru BRZ and Scion FR-S twins may have reached their current potential in the market. Those who wanted one, have bought one and are very happy with the rear-drive sports cars. Those who are looking for more power have upgraded the 2.0-liter Subaru boxer engine with a turbocharger and other after-market goodies for the suspension for more performance.

Subaru has stepped out of their niche market of multi-use all-wheel-drive vehicles which are selling extremely well, and developed another niche market vehicle with Toyota. The two automakers knew the rear-drive coupes would never be huge sellers. There are only so many buyers that want a two-door sports coupe. The 2015 Subaru BRZ/Scion FR-S are due for a model change and new power upgrades would definitely create excitement for the sports car. We’ll see what Subaru and Toyota have up their sleeves. Stay tuned.

pulse wrote on March 8, 2015 - 3:02pm Permalink
it's not AWD. This was a mistake.
don684 wrote on March 8, 2015 - 7:28pm Permalink
Not selling because it cost too much base model no options all in $32,000 big ones .
Dan wrote on March 9, 2015 - 1:36pm Permalink
What are you talking about???It's $25 and change for starters. Are you retarded?
don684 wrote on March 9, 2015 - 2:48pm Permalink
Just go to the Subaru Canada website . I am quoting a all in price that includes delivery charge ,taxes etc .The price in the USA is different . I am guessing you are in the USA ,for example your delivery charge is about $700.even if you live in Hawaii in Canada it`s about $1600.
Mark Day wrote on March 10, 2015 - 12:01am Permalink
Both the Subaru BRZ and the Scion FR-S have received the worst possible reliability rating from Consumer Reports. Build a Toyota competitor to the Ford Mustang and Chevrolet Camaro, with superior reliability, and I'll buy it.
Mick wrote on March 10, 2015 - 4:55pm Permalink
Wonder what the reliability issues are? I have had mine since Nov 2012 and not had one problem not even the cricket problem. - Which is covered under warranty by the way - no biggy.. No recalls issued. Just not seeing it. The car was brought to market as an entry level sports car, which is what it is and a darn good one at that.
Bryce wrote on March 11, 2015 - 12:37pm Permalink
I love my BRZ. Reliability so far has been great. I love that it's rear wheel drive. So much fun! Very happy with it and know exactly how it behaves.
Swoops wrote on March 11, 2015 - 9:52pm Permalink
I have the 2013 and I have to say if Subaru/Toyota don't increase power this year they are going to be left in the dust. With the Ford Focus RS, Golf R(400), Honda civic R, and several other makers stepping into the market in a big way Subaru/Toyota have there work cut out for them. I really like my BRZ but it just doesn't have enough power. I don't want to void the warranty with forced induction so I am stuck at full exhaust(including down pipe) and CAI. The competition is showing up with AWD and 290-395 hp. Even the WRX STI is getting pressured hard. Hopefully Subaru/Toyota answer the battle cry
swcwrx wrote on March 18, 2015 - 12:39pm Permalink
Put the BRZ motor in the Impreza base model, tighten up the suspension, call it RS and price it between Impreza and WRX. You'll get a lot of takers who want power but not turbo. the 148bhp base model does not have the legs to get above $18K without a lot of bells and whistles and that Direct Injection 200hp should move the little wagon along nicely.