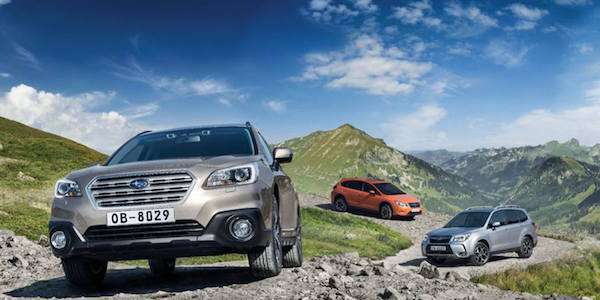 Subaru has fiercely loyal owners but that could be changing according to J.D. Power. Subaru scored well below the industry average again in their 2016 U.S. Initial Quality Study (IQS). The study examines problems experienced by vehicle owners during the first 90 days of ownership. Initial quality is determined by the number of problems experienced per 100 vehicles (PP100), with a lower score reflecting higher quality. Subaru has improved, but is still well below the industry average.

What brands are the best?

The J.D. Power study shows the Korean brands lead the industry in initial quality. Kia ranks highest in initial quality with a score of 83 PP100. It’s the first time in 27 years that a non-premium brand has topped the rankings. Porsche (84 PP100) ranks second among nameplates, followed by Hyundai (92 PP100), Toyota (93 PP100) and BMW (94 PP100).

The Subaru brand has moved up from last year’s study where they were fourth from the bottom out of the 34 brands on the list. Last year they had a ranking of 142 PP100. They have improved. This year Subaru still ranks below the industry average of 105 with a score of 118 PP100. The low rankings do not seem to be affecting loyalty to the brand yet, but that could change according to J.D. Power.

Renee Stephens, vice president of U.S. automotive quality at J.D. Power says, “There is a direct correlation between the number of problems a customer has with their new vehicle and the decisions they make when it comes time to purchase or lease their next car or truck. While a small drop in actual loyalty may not sound like much, a percentage point drop in share can mean millions of dollars in lost revenue to an automaker.”

Subaru has created a niche market with their all-wheel-drive multi-purpose vehicles like the 2017 Forester SUV, Outback wagon and Crosstrek crossover that consumers are responding to in a big way. Do loyal Subaru owners overlook some of the initial problems because they are so happy with the vehicles safety, utility, all-weather capability and performance? Only loyal Subaru owners can answer that.

Don wrote on June 28, 2016 - 11:36am Permalink
Customers are fiercely loyal when a company takes care of their products via recalls . Lately Subaru has not been doing so well on this . Subaru Outback problems with excessive oil consumption is now in a class action suit by customers as Subaru is not doing anything for them . I have a Subaru Outback ,I like the car but I also have a Toyota . Toyota recalls for every little thing and fixes the issue quickly without the hassle of a class action suit. If Subaru wants to have loyal customers they had better take care of problems with their cars .
Dave wrote on June 28, 2016 - 2:08pm Permalink
Subaru handled the power steering column recall very quickly and efficiently...
Don wrote on June 28, 2016 - 10:28pm Permalink
2014 Subaru Forester By Denis Flierl G+ 2015-07-25 08:23 Update: Subaru oil consumption class action lawsuit All-new 2014 Subaru Forester 2014 Subaru Forester 2014 Forester 2014 Subaru Forester Some Subaru Foresters, Outbacks, Legacys, XV Crosstreks and Impreza models may have oil consumption issues. What models are included in the class action lawsuit against Subaru? Some 2011-2014 Subaru Forester, 2013 Outback, 2013 Legacy, 2013 XV Crosstrek and 2012-2013 Impreza may use more oil than what is normal. Here’s an update and a Q&A that may help consumers who are experiencing oil consumption issues with these vehicles. We received more information from Girard Gibbs Law Group who filed an amended complaint in a class action lawsuit against Subaru on September 17, 2014. The lawsuit alleges that certain Subaru vehicles have defective engines, which burn a substantial portion of their oil. The lawsuit also alleges that this defect can damage the engine and other components, create a risk of stalling, and can lead to increased emissions and decreased fuel efficiency. The lawsuit also alleges that Subaru sold and leased vehicles without disclosing that they consume a substantial portion of their engine oil. Below are some Frequently Asked Questions and answers from Girard Gibbs Law Group for consumers who own one of these vehicles. Q. Which vehicles are included? A. The plaintiffs have asked the court to let this case cover a class that includes everyone who purchased or leased the following Subaru vehicles: 2011-2014 Forester (with 2.5-liter engines) 2013 Legacy (with 2.5-liter engines) 2013 Outback (with 2.5-liter engines) 2012-2013 Impreza (with 2.0-liter engines) 2013 XV Crosstrek (with 2.0-liter engines)
Dave wrote on June 28, 2016 - 2:12pm Permalink
JD Power nearly irrelevant to the customer in terms of purchase power... Subaru has scored poorly in IQS for multiple years but sales are at an all time high. How does JD Power explain this?
Martin wrote on June 30, 2016 - 4:24pm Permalink
J.D. Power is a bunch of idiots. They only think. In general, who thinks, shit knows...
Jesse wrote on June 28, 2016 - 3:15pm Permalink
Toyota reimbursed me for an airbag recall that I had previously paid for. The recall came about 6 months or so after I paid for the repair. I submitted proper documentation and I received a check for about 370 clams!
Martin wrote on June 30, 2016 - 4:21pm Permalink
People love Subarus and as far as Subaru keeps producing humble and long lasting vehicles, no research can change that. Especially not that of a bribed bunch of J.D. Power idiots that is absolutely irrelevant in regards to the purchase decisions made by end consumers...