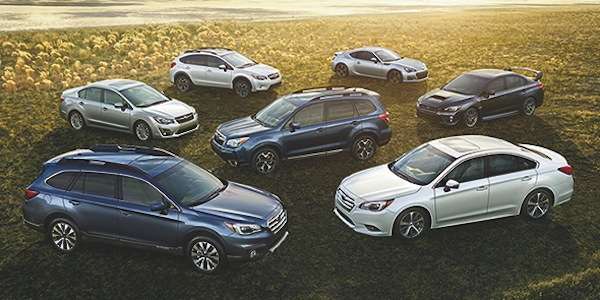 Why Subaru’s excessive oil consumption issue could spoil their party

The Subaru brand and new 2015 Forester SUV is flying high with record sales. Will the Subaru Oil Consumption Lawsuit end the party?
Advertisement

The Subaru brand and their Forester SUV has been partying for almost 3 years now and has seen 34 consecutive months of year-over-year growth. The growth has been driven by giving consumers the products they want and because Subaru also has a great marketing approach. But Subaru is having an oil consumption problem with the Forester. Subaru just received a global award for its ‘Innovation in Sales and Marketing’ by IAIR, the International Alternative Investment Review. Subaru received this award in Milan Italy this week.

This comes at a time when the brand is being sued for excessive oil consumption in Forester and many of their multi-use vehicles. The newly-designed 2014 Subaru Forester is one of the vehicles named in a recent lawsuit. The new-generation Subaru Forester is leading the brand in sales here in the U.S., but many owners are experiencing this excessive oil consumption issue now in the small AWD SUV. What is Subaru doing about it?

What vehicles are named in the lawsuit?

In an article in the New Jersey Law Journal, the lawsuit claims the 2011-14 Forester, 2013 Legacy and 2013 Outback, with 2.5-liter engines, and 2012-13 Impreza and 2013 Crosstrek, with 2-liter engines are the culprits. The suit claims the vehicles "prematurely burn off and/or consume abnormal and excessive amounts of engine oil."

The article says that Subaru has failed to let consumers know of the oil consumption problem and it has cost some buyers thousands of dollars to repair. The lawsuit also contends that owners of these vehicles have to "constantly replenish engine oil at an unreasonably rapid pace." It says that this issue creates a safety hazard for owners because these engines potentially could fail "at any time and under any driving condition or speed."

What can you do if you own one of these vehicles?

Subaru dealers are telling owners that the oil consumption issue is “normal” and that normal usage is 1 quart every 1200 miles. But with a new vehicle, this kind of oil consumption is definitely not normal. Owners who are experiencing excessive oil usage can take their Forester, Outback, Legacy, XV Crosstrek and Impreza models in and ask their Subaru dealer for a "consumption test". They will then change the oil free of cost, and ask you to come back in 1200 miles. If the oil usage is over their acceptable specifications, they could replace the piston rings.

Until now, Subaru has been seen as a brand that cares

At the global awards evening in Milan Italy, President of IAIR Guido Giommi said; “Subaru of America has proved with record sales in the last six years that it has found a strong formula of sales and marketing innovation. The Subaru brand has developed a unique position in the U.S. and is clearly defined as an authentic, reliable and trustworthy brand that cares about the things its owners care about, such as animals and the outdoors. Its innovative sales and marketing has proven a great success.”

If Subaru wants to keep the party going, they need to address this oil consumption issue with their loyal customers. Does Subaru care about their customer’s cars as much as they do about their animals and the environment like their ads say? If they do, they will make it right and step up and correct the problem. Subaru of America could be seeing the end of their successful run of record sales if they don’t fix this issue with the 2011-2014 Subaru Forester and other multi-use vehicles. Will Subaru do the right thing? Tell us what your dealer is doing if you are having this oil consumption issue.