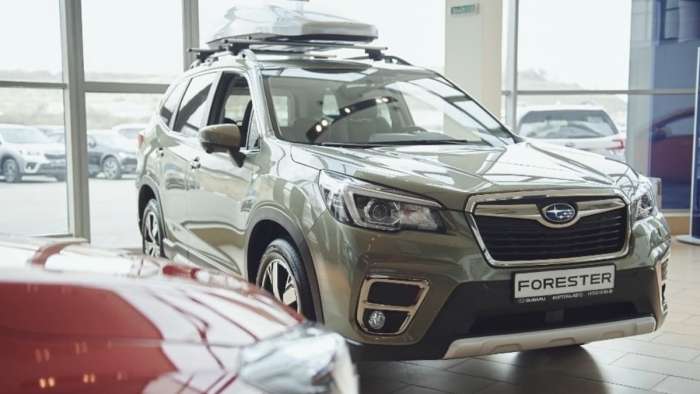 Why Is The New Subaru Forester Wildly Successful With Only One Engine? It's Not A Unicorn

What makes the 2020 Subaru Forester so successful? It’s not a unicorn.
Advertisement

When Subaru dropped the sporty Forester 2.0XT turbocharged trim level in 2019, we thought it would hurt new fifth-generation Forester sales, but it’s had the opposite effect. The 2020 Forester is now Subaru of America’s number one selling model and has passed the popular Outback wagon. Forester now accounts for 30 percent of all model sales. Why is Forester more successful with only one engine? Isn’t it better to have two engine options? 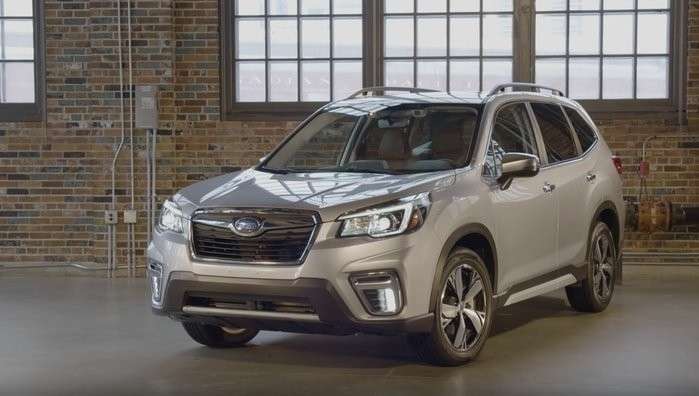 It was a brilliant move by Subaru Corporation when they dropped the low volume Forester 2.0XT. Sales have increased after deciding to offer the compact SUV with only one engine, the natural aspirated 2.5-liter Boxer with 182 horsepower. The new 2020 Forester also comes with only one transmission, the Lineartronic CVT automatic. They were also wise when they dropped the 6-speed manual transmission in the Forester, Outback, and Legacy models in 2018.

We originally thought Subaru dropped the Forester 2.0XT and manual transmission to increase fuel mileage in its lineup and that was partially true. But Subaru was thinking long term about trimming down the Forester lineup to concentrate on models that sell in high volumes. The Forester 2.0XT was a unicorn and the automaker only sold a few hundred models a month and even fewer with a manual gearbox. 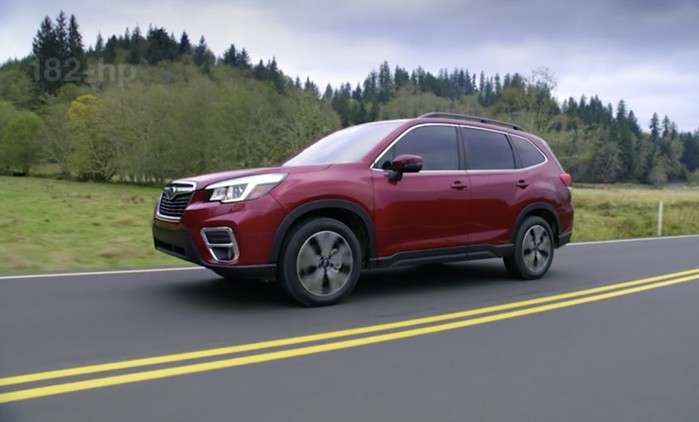 It’s almost as though Subaru Corporation saw the global coronavirus epidemic coming two years ago. “As assembly plants reopen, they face the possibility of parts shortages because supplier factories have been idle, too. Consequently, it would behoove automakers to shorten vehicle configuration menus,” Betts says.

Subaru’s strategy has paid off big as they move forward into a post-COVID-19 world. They have positioned themselves with a lean, niche lineup of all-wheel-drive SUVs that appeal to a broad range of shoppers. The 2020 Subaru Forester is thriving with only one engine.

You Might Also Like: 5 Reasons Why Subaru Forester Checks All The Right Boxes For Commuters And Urban Adventurers

James Heck wrote on May 29, 2020 - 9:06am Permalink
I have had three Subaru Foresters. My current one will be my last due to the current weak towing capacity. Subaru went from a 2400 capacity to a1500 capacity. That is not an improvement and will force me to purchase a competitor vehicle.
Tim Whynot wrote on June 9, 2020 - 8:13pm Permalink
the 1500 lb tow rating is a deal breaker for me. I think they should produce a model like the Toyota RaV4 Trail that has a 3500 lb rating. Even 2500 would be ok.
Zachary T Hendrix wrote on May 21, 2021 - 10:07pm Permalink
Outbacks tow 3500, problem solved
Tim Whynot wrote on May 22, 2021 - 6:07am Permalink
I have a 2011 outback that is rated for 2700 but I would prefer a new forester next time around. Better off road and fits in garage better.
Zachary T Hendrix wrote on May 22, 2021 - 8:08am Permalink
Gotcha, my understanding is the only think holding the Foresters towing capacity back is the brakes. Since mechanically it's identical to an outback. The wilderness outback for 2022 is raised slightly so they could help with the off road concerns to some extent but Yea, they are big, maybe the new forester wilderness will get a higher tow limit. If brakes truly are the limiting factor that's unlikely though, and from Subarus point of view, what do you do, add bigger brakes and increase cost? That would put it squarely at outback pricing, and one of the biggest benefits to the forester is that it is cheaper,and unfortunately towing isn't an issue but for only 5-10% of Forester owners. All that being said i tell people all the time, if it's something you want to see, reach out to subaru of America and tell them. Subaru does a good job listening when enough people say something.
Tim Whynot wrote on May 22, 2021 - 9:33am Permalink
Thanks, I've also read that it could be a lack of cvt cooler but the brakes makes sense. Just have to wait and see.
Daniel wrote on May 29, 2020 - 1:14pm Permalink
It might also have something to do with the fact that turbo-charged smaller engines are not as reliable as naturally aspirate equivalents, and people buying Foresters are not looking for a high powered machines and want that reliability. Leave turbo-chargers for performance vehicles and diesel engines.
William J Dickerson wrote on January 18, 2021 - 9:21pm Permalink
We have had 8, yes 8, Subarus since 1985. We have always had at least one. This is our 2nd Forester. Still have the 06 and now a 20. This car is absolutely the best car we have ever owned, including the Chevrolet Traverse. The versatility and comfort is unmatched. Safety during rain and snow is a plus. Subaru is worth the slightly extra money and definitely holds its value.
scott a walmsley wrote on March 24, 2021 - 11:27am Permalink
The main reason they are ditching a manual tranny is so that all of their vehicles will have eyesight and increase their safety ratings. Right now their manny trannys are pulling down their safety ratings (due to lack of eyesight).