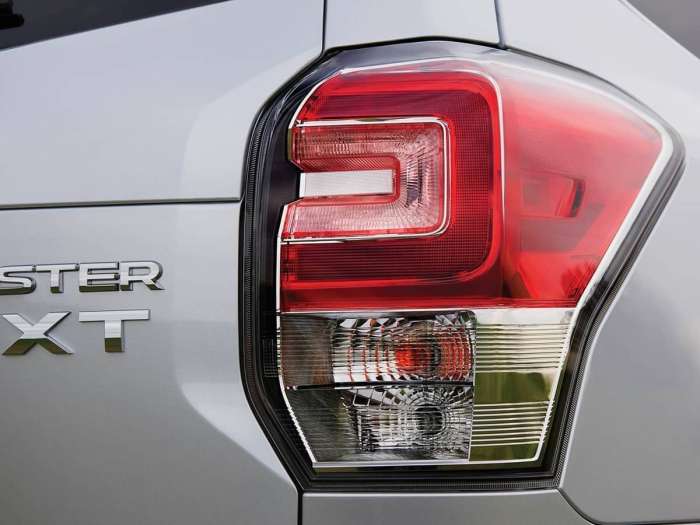 Subaru says there are three reasons why they axed the popular Forester 2.0XT. Will loyal Forester XT enthusiasts buy the explanation?
Advertisement

The Subaru Forester XT is well-loved by automotive enthusiasts around the globe because it offers the utility of a small SUV, all-wheel-drive off-road capabilities, matched with Subaru’s 2.0-liter turbo-boxer engine for sporty performance. It’s a great combination for driving enthusiasts. Unfortunately, it’s gone forever after the 2018 Model Year.

Loyal owners and fans were not at all pleased when Subaru Corp decided the all-new fifth-generation 2019 Subaru Forester will no longer be available with a turbo option. It’s a niche product, but slower sales are not really the reason why Subaru is axing the popular Forester 2.0XT.

A report by Top Gear Philippines says at the 2019 Forester’s regional launch in Taiwan, Subaru Corp executives explain why the Japanese automaker chose the non-turbo route. They say sportiness does not necessarily mean having more power. Tomohiro Ishitobi, Subaru Corporation’s senior general manager for sales and marketing division says, “Our interpretation of sportiness does not rely on engine power.”

Sportiness is not about more power

Ishitobi says expressing sportiness in the Forester is more about synergy and how the engine responds to driver inputs and its overall driving dynamics. “There is a way to express the sportiness of the SUV, and that’s what we think we have accomplished with the new Forester. We have prepared a different type of engine, not just the 2.0-liter that we’re launching this time. But regardless of engine displacement, we focused on engine response, it’s the key thing we focused on.”

All new fifth-generation 2019 Subaru Forester trims get the newly-upgraded 2.5-liter boxer engine. The new power plant comes with direct injection, higher compression, along with active valve control system (AVCS) on the exhaust side. The new engine produces 182 hp and 176 lb-ft of torque, versus 170 hp and 174 lb-ft in the previous-generation Forester. It’s quite a downgrade compared with the XT’s 2.0-liter turbocharged FA20 Boxer producing 250 horsepower and 258 lb-ft of torque.

We know the new Subaru Global Platform (SGP) will change the new Forester’s driving dynamics because the newly-redesigned Impreza and Crosstrek prove that. It’s the next reason why the 2.0XT is gone. Glenn Tan, managing director of Motor Image parent company Tan Chong International, said “It’s really something that makes the new Forester handle completely different from other SUVs,” Tan says his favorite feature of the car is its drivability.

All Foresters have new eyes

A big reason why the Forester 2.0XT is gone is so Subaru can move forward with having all models in their lineup come standard with their EyeSight driver assist safety system. The Forester 2.0XT with a 6-speed manual gearbox won’t work with EyeSight. One of Subaru’s core values is safety, and they won’t compromise it for anything. It’s also about reaching a new consumer who has never purchased a Subaru product before. Tann goes on to say, “I believe that EyeSight created a whole new bunch of customers for us.” when talking about strong sales of the new-generation Crosstrek.

Subaru Corp says they axed the Forester 2.0XT because sportiness does not rely on power alone to achieve it, the new SGP offers improved driving performance, and standard Eyesight across their entire lineup is more important than having a 2.0XT with a 6-speed manual gearbox. Reaching a customer who has never purchased a Subaru Forester before could be another reason. We will see just how sporty the all-new 2019 Subaru Forester 2.5i is when it arrives this fall. Stay tuned.