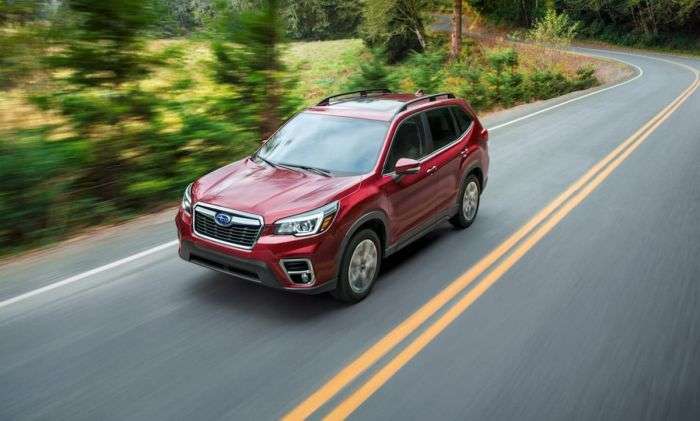 The new 2019 Subaru Forester and Ascent will now come standard with EyeSight. See how much it’s proven to reduce insurance claims.
Advertisement

The Highway Loss Data Institute (HLDI) has released a new report showing Subaru vehicles like the new 2019 Forester and Ascent with standard EyeSight driver assist safety system significantly reduces insurance claims. According to the new study, they found that vehicles equipped with EyeSight cut the rate of likely pedestrian-related insurance claims by 35 percent.

The system uses two stereo cameras mounted inside the vehicle near the top of the windshield. Subaru began using EyeSight, with black and white technology on U.S. vehicles like the 2013-14 Legacy and Outback and the 2014-16 Forester. Subaru introduced their second generation EyeSight, using color cameras, on the 2015 Legacy and Outback, 2015 Crosstrek and Impreza and on the 2017 Forester. The improved new-generation Eyesight has longer and wider detection ranges and other improvements.

“The data clearly show that EyeSight is eliminating many crashes, including pedestrian crashes,” says HLDI Senior Vice President Matt Moore. The HLDI study compared the rate of insurance claims per insured vehicle year for Subaru vehicles with EyeSight, compared with the rate for the same models without the optional system. The first-generation system reduced claim frequency 33 percent, while the newest second-generation system lowered it 41 percent.

Today, all models except the BRZ and WRX STI are available with the new-generation EyeSight. For the first time, the 2019 Subaru Forester will now come standard with EyeSight. Reduced insurance claims will likely translate to lower insurance costs for consumers. “Subaru has taken a good system and made it even better,” Moore says. “It’s great to see the company moving quickly to deploy the technology through its fleet.”