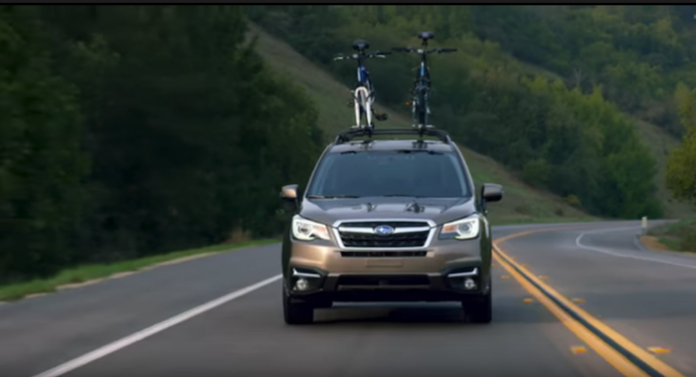 Saddle up your new 2018 Subaru Forester and get away from civilization. Check out this 90s Forester that put other off-roaders to shame. Video.
Advertisement

Subaru Forester enthusiasts are probably the most adventurous people around and they like the Forester for its off-road abilities. Forester has been a go-to vehicle for off-roaders for a long time. You’ll find many older vehicles still on the road with some heavy modifications above the standard models. Off road clubs like the small SUV for its all-wheel-drive capabilities and extra ride height (8.7 in) right from the factory.

All Forester trims come standard with the X-Mode off-road feature. Forester’s X-Mode is a feature on the new-generation SUV designed just for this adventurous group. It's designed to be used in extreme off-road use and further enhances the rough road drivability. It will get you places most small SUVs wouldn’t think of going.

Forester will run with confidence through some difficult and extreme terrain. As the tires begin to slip on rocky slopes, X-Mode enables the Forester to climb and descend steep mountain roads with ease. By integrating the engine and transmission control with AWD and VDC, adequate control is maintained to all four wheels and keeps the tires from slipping.

You’ll find many adventurists who take a stock Forester and add modifications like Nathan Mendenhall’s 2014 Subaru Forester 2.5i. He added skid plates, a suspension lift from Primitive Racing, and large all-terrain tires. Add an ARB awning, dual-battery system, and an air intake snorkel and he’s even ready for an extreme river crossing.

Just in case you don’t think the older models will handle the extreme stuff, check out this 90s Forester that put other off-roaders to shame as it tools over Test hill at Silver Lake. The commentary on this video says the Forester did this more than once without getting stuck. Jaws dropped when he went over the top in the same ruts left by a dually diesel that failed in it's attempt just minutes before.

Subaru also does a good job of offering a number of extra Forester accessories from the dealer for adventure seekers. Here’s a list of some popular options available from the dealer, and they’re covered by the balance of new car warrantee.

If you carrying passengers, you’ll need the extra space inside, and Subaru/Thule accessories are a good solution for the trip. The Crossbar Aero Set ($199.95) increases cargo-carrying capabilities and is compatible with Subaru roof attachments and the Thule cargo carriers. They come in 13 cubic feet ($469.95), and larger 17 cu. ft. ($529.95) of lockable storage capacity, and features side opening.

If you need to pull a small trailer, the Crosstrek Trailer Hitch ($469.85) has a 176 lbs. tongue weight and 1,500 lbs. towing capacity. You can tow a small motorcycle trailer, boat or cargo trailer behind to handle your extra gear.

Kayak, Paddle Board and Snowboard accessories

For those who are into water adventures, Subaru offers the Thule Kayak Carrier for one Kayak up to 36” wide and 75lbs ($219.95) or Paddle Board Carrier for 2 boards up to 34 inches wide ($279.95). For winter sports enthusiasts, Thule offers the the Ski and Snowboard Carrier ($199.95) that holds up to six pairs of skis or four snowboards.

So saddle up your 2018 Subaru Forester and take it into the back country for some extreme adventures. You can add the lift kit, skid plates and light bars later.