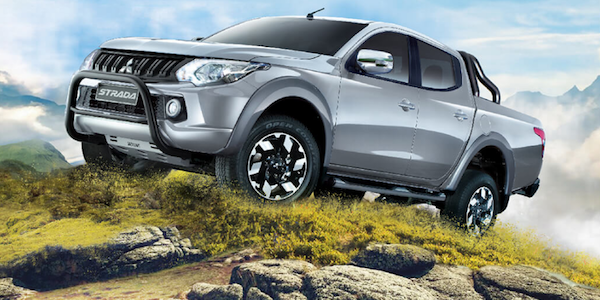 Why Doesn’t Subaru Build a Mid-Size Pickup? It’s the Hottest Segment in America

With mid-size pickups like the Tacoma and Frontier the hottest segment in America, why doesn’t Subaru build a pickup?
Advertisement

As is the case globally, pickup sales are up across most brands and it’s a hot segment for automakers. So why doesn’t Subaru build a mid-size pickup like the Nissan Frontier, Toyota Tacoma, Chevy Colorado or GMC Canyon? Their Symmetrical all-wheel-drive system would be perfect for a pickup and would likely be a big hit with truck buyers.

A little history about Subaru may help. Subaru didn’t start out making all-wheel-drive multi-purpose vehicles like the 2017 Outback, Forester and Crosstrek. Fuji Heavy, parent company of Subaru, started by making a tiny car for the Japanese market called the Subaru 360. Then came the vehicle that started the small AWD SUV craze in America. The Subaru Leone Estate was the first Subaru to be fitted with the Japanese automakers Symmetrical All-Wheel Drive (AWD) system and this iconic car would set the pace for Subaru’s niche market that is setting records today.

The Leone Estate set the stage for their all-wheel-drive Outback wagon, Forester SUV, Crosstrek crossover, Impreza compact, Legacy sedan, WRX and WRX STI performance models. So wouldn’t a pickup be the next logical vehicle for Subaru? A mid-size pickup would be a great addition to Subaru’s AWD lineup but, it’s not that easy for the small Japanese automaker to produce one.

Subaru is a small automaker compared with its large competitors like Nissan, and Toyota who produce the popular Frontier and Tacoma pickups. Fuji Heavy has limited resources and they only have so much extra money for R&D to go around. Subaru has been focused on developing their new global platform, the all-new 2017 Impreza compact, a new 3-Row crossover coming in 2018, and they’re trying to figure out how to meet current fuel-mileage standards coming in 2018. They will also be coming out with a new hybrid model, and they are developing all-electric technology and it's stretching their resources thin. More on Page 2.

The iconic Subaru Leone Estate with 4WD started it all for Subaru by creating a niche market of all-wheel-drive vehicles that has made the small Japanese automaker very successful. Subaru is sticking to what put them on the map, building a few niche AWD cars that appeal to urban-adventurers. They do one thing, and they do it very well. Next up for Subaru, is building a new 3-Row crossover for American consumers, and they don’t have the resources or production capacity to build a pickup. Although it would likely be a big hit, Subaru won’t be coming out with a mid-size pickup like the Tacoma, Frontier, Colorado or Canyon anytime soon.

Geolemon wrote on March 4, 2017 - 8:21pm Permalink
They did already. They made the Baja. It didn't sell well. If their core customer is "urban adventurers", then it's proof urban adventurers don't want a truck bed. Personally I thought the Baja was perfect for 90% of the truck market, since that's the percentage that never go off-road or tow, but most 'Muricans are pretty delusional when it comes to their own needs.
Billy wrote on March 4, 2017 - 10:03pm Permalink
Bc they are gay, even more gay that Subarus
Glen Card wrote on March 5, 2017 - 3:19am Permalink
There was the Baja.
Chad wrote on March 5, 2017 - 10:56am Permalink
Ummm no mention of the Brat or the Baja ? Subaru has built pickups in the past and they were only popular after they went out of production.
Kerry wrote on March 5, 2017 - 2:57pm Permalink
Subaru produced a pickup called the Brat, Brumby depending on which part of the world you lived. It was passed on the Leone station wagon and seated two. It had a hi/lo range locking diff and could also run in front wheel drive only. Suspension was height adjustable giving up too 300mm ground clearance. 1st gear in low range gave a top speed of 8km/hr at 5,600 rpm. Later models ran the EA81 engine that is still popular today with in light sport aircraft, it can be rebuilt to give nearly 3 times the original horse power. This little pickup was produced from if memory serves me correctly from 1979 to around 1995, i had the 1993 model.
Ben Thomas wrote on March 6, 2017 - 12:07am Permalink
Subaru did have a pick-up while not quite as big as the Tacoma/Hilux etc it was called the Brumby and they stopped making them in 1996 I believe ..... Of the very few mid size pickups that the USA has there are so many more Mazda - Bravo Ford - Ranger Volkswagen - Amarok Nissan - Navara Mitsubishi - Triton Isuzu - D-Max GMC/Chevy - Colorado Toyota - Tacoma These pickups throughout the rest of the world come out with both gas and Diesel the Diesel being around the 3lt turbo charged very economical engine the US needs to get with the times and allow or bring in more of these trucks
Tony wrote on October 8, 2017 - 1:59pm Permalink
With Toyota teaming up with Subaru to give us the T86 and BRZ why couldn’t they team up (again) to revamp the Tacoma? I’m sure it would increase sales for both Toyota and Subaru. Imagine a Tacoma WRX or STI.
Bill wrote on November 1, 2018 - 11:40pm Permalink
The brat wasn't a truck. My Tacoma has a 6,500 lb towing capacity and I use it to tow my 4,000 lb camping trailer. It does a great job. I also have an Outback which I love. If Subaru made a truck to compete with the Tacoma i would buy it in a heartbeat. So there's your answer to why Toyota won't team up with Subaru to build a truck. The Tacoma is a great and popular truck. Why share that?

For Some Former Daimler Managers Daimler Is Authority, While Tesla Is Like a Startup
How Daimler Unintentionally Subsidizes Tesla Giga Berlin
END_OF_DOCUMENT_TOKEN_TO_BE_REPLACED