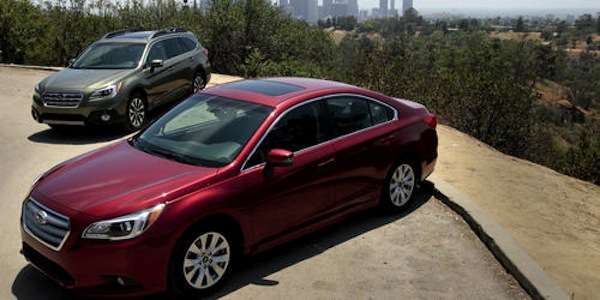 According to a study done by iSeeCars, 2 Subarus make the top 10 longest-lasting cars list. Which 2 are at the top?
Advertisement

You see many older Subaru’s still on the road, but which two last the longest? According to a study conducted by iSeeCars, it’s the Subaru Outback and Legacy. They both are in the top-ten longest lasting. They are among the top vehicles most likely to have more than 200,000 miles on the odometer according to this study. How did iSeeCars find out which cars last longer?

The Subaru Legacy was number two on the list of cars behind the Honda Accord. The Subaru Outback came in at number 10 on the list behind the Toyota Avalon, Honda Odyssey, Nissan Maxima, Toyota Camry, Ford Taurus, Honda Civic and Acura TL. The top vehicles overall were the Ford F-250 Super Duty and Chevy Silverado 2500HD.

Patriot Subaru gets 300,000 on its shuttle vehicle

Patriot Subaru of Saco found that the greatest testament to the quality of its brand and its service department is its own 2006 Subaru B9 Tribeca courtesy car. The Subaru SUV shuttles customers when they need transportation. Service Manager Glen Reed snapped a photo of the Tribeca's odometer after it reached 300,000 miles. It shows that it's important how well you maintain the vehicle with regular oil changes and take it in for scheduled visits for service.

Many Subaru owners consider their car a member of the family and wouldn’t dare get rid of them. With such devoted owners, according to Subaru, 96 percent of all Subaru cars built in the last 12 years are still on the road today. That’s an amazing number when you consider how many older Subarus are still going strong. The Legacy sedan and Outback wagon are the two Subarus that make the top 10 longest-lasting cars list.