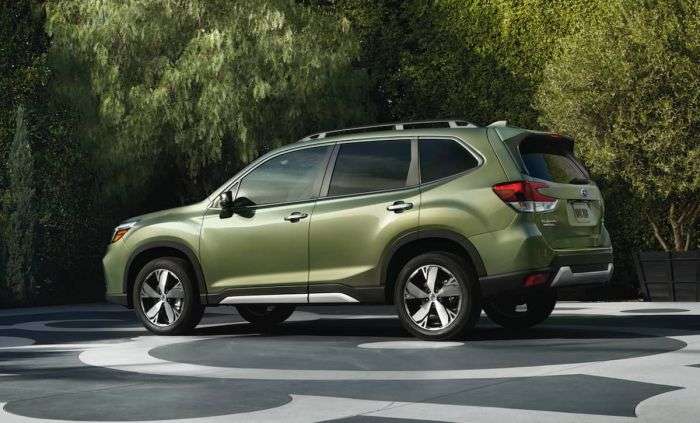 The new 2019 Subaru Forester gets safer with DriverFocus. See what it means for consumers.
Advertisement

The all-new 2019 Subaru Forester may not look a lot different than the outgoing model, but it’s the first mainstream model to employ facial recognition technology. The compact SUV will be able to detect driver fatigue and will also distinguish between drivers and automatically adjust the seat and mirrors. More expensive cars like Lexus employ this type of technology, but Subaru will offer it on the new fifth-generation Forester for under $40,000.

Forester is the first Subaru model to get it. DriverFocus provides support for the driver by providing a warning when it detects signs of distraction or drowsiness at the wheel. The safety system uses facial recognition software to identify signs of driver fatigue or driver distraction, and the 2019 Forester now comes with a small infra-red camera mounted on the top of the dashboard and in tandem with its twin forward-facing EyeSight cameras, can detect when a collision is imminent, sound a warning, and even activate safety features such as emergency brakes.

The new Subaru DriverFocus can distinguish between family members driving the vehicle with facial recognition using five parameters–relation between, yes, nose, mouth and chin–and then it automatically adjusts the driver’s seat and mirrors to suit that driver. Subaru says that the infra-red camera can even decipher identities when you are wearing sunglasses.

The Subaru Forester is the brands top-selling model around the globe and the Japanese automaker wants to keep it there. With the debut of the all-new 2019 Subaru Forester SUV at the New York International Auto Show, the fifth-generation Forester is positioned as a key part of the company’s global strategy, which includes Subaru being the overall safety leader.

The next-generation Forester now comes standard with EyeSight, and the driver monitoring system called DriverFocus aimed at preventing accidents is a new option. This will be the first time that facial recognition is available in a car priced under $40,000 and will be on sale this fall. Look for Subaru to include this new facial recognition technology on all their cars in the near future.

Ed B wrote on May 9, 2018 - 4:06pm Permalink
We shall see if looks no longer matter and safety trumps curb appeal. Granted the Forester was never a "looker" but the turbo brought enthusiasts to the table. Yes, Subaru is on a roll but they are still behind in exterior design, based on sales I guess they could care less...
Ed B wrote on May 10, 2018 - 8:31am Permalink
I'm curious as to why this technology wasn't incorporated into the Ascent...