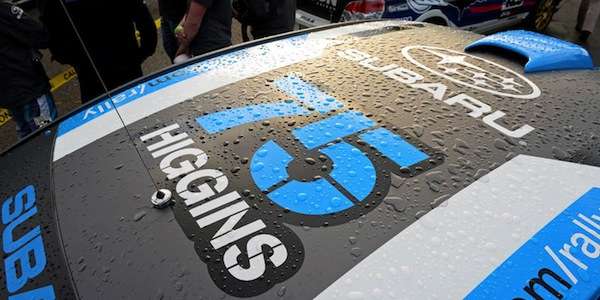 SRT USA will do whatever it takes to win a rally race in the 2015 Subaru WRX STI even if it means staying up all night doing an engine swap. Last weekend at Oregon Trail Rally, conditions were dry which made for a fast second day. The teams moved to the wide-open high desert roads near Dufur, Ore and speeds were high.

SRT USA began losing ground when the STI began having engine trouble that slowed their pace considerably. The competition reported top speeds over 120 mph on the dry gravel roads but Higgins was down on power and struggled to keep up. “We’re having to drive harder to carry more corner speed and maintain momentum,” said Higgins.

Oregon Trail Rally is a three day event and anything can happen during the 18 stages with a wide variety of terrain surrounding the Portland area. SRT USA was ready with the 2015 Subaru WRX STI rally car fresh off a victory...read more.

FY Racing’s Adam Yeoman and Jordan Schulze won the first two stages of day two in their 2007 Subaru WRX STI and hoped to keep the pressure on, but the Subaru Rally Team USA duo played it smart, managing their engine trouble and held off the challenge and won the final six stages to end Day 2 with a 58.7 second lead. SRT USA knew they needed to do an engine swap if they were going to remain competitive on day three.

Watch Subaru Rally Team USA technicians perform a sub three-hour motor swap in this time lapse video filmed at a parking lot service stop in Hood River, Ore. after engine trouble at the 2015 Oregon Trail Rally. After a late night, the car was in perfect shape to start day three.

The overnight engine swap pays off

Overnight, Subaru Rally Team USA technicians performed an engine swap that they hoped would return the Subaru to full power for the final day’s stages. Higgins and Drew were back to full power and drove the 2015 Subaru WRX STI to victory by winning all six stages on Sunday.

Tesla Contemplates A New Strategy for China Retail even As Sales Boom
Jay Leno on Elon Musk & EVs: “I Think He Should Get ... Credit"
END_OF_DOCUMENT_TOKEN_TO_BE_REPLACED