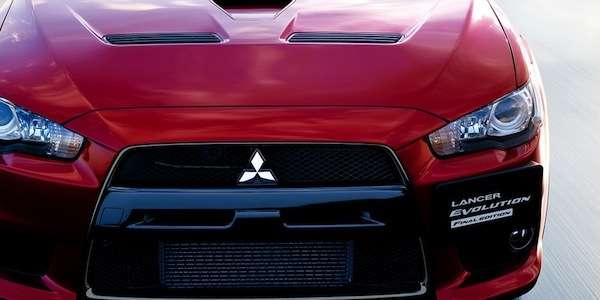 Mitsubishi will ship just a few 2015 Mitsubishi Lancer Evolution Final Edition’s to Australia. Why so few examples down under?
Advertisement

CarAdvice in Australia says that only 150 examples of the last performance cars will be headed down under in the final quarter of 2015. Mitsubishi announced that 1000 examples of the 2015 Lancer Evolution Final Edition’s will be set aside for the Japan market. Mitsubishi says the Final Edition performance model will begin production sometime in August of this year. After this run of special edition models are done, that will be it for the Lancer Evolution X sedans.

When the final 1000th 2015 Lancer Evolution Final Edition rolls off the assembly line in Japan, it will be the end of the EVO as we know it. The Evolution name will likely continue on in a very different vehicle for the...read more.

The Japan Final Editions will be coming with the 2.0-liter MIVEC turbo four cylinder engine, but Mitsubishi didn’t give power numbers. They did say it will feature newly adopted sodium inclusion exhaust valves and they will improve output and better power in medium and high speed range. The limited edition EVO won’t likely have the massive 473 hp that the Lancer Evolution X Final Edition Concept had that was seen at the Tokyo Auto Salon in January.

The production model will come standard with factory-installed Bilstein single cylinder shock absorbers, Eibach springs, Brembo two-piece large-diameter ventilated disc brakes in the front, and 18-inch BBS wheels wrapped in 245/40R18 high performance tires. The Final Edition models are based on the GSR trim and will come with a five-speed manual gearbox.

On the outside, the 1000 examples will come with a special dark chrome front grille with a gloss black bumper bar and hood vent surrounds. The roof panel will be offered in two colors, white or black, which can be matched with one of five body colors; red, white, gray, black and blue. Also on the outside, a "Final Edition" badge will be mounted on the trunk lid, and the same logo will be shown on the multifunction display upon startup. A commemorative plaque on the console will identify each of the 1,000 cars.

Inside the Final Edition EVO will feature Recaro bucket seats, with a special red-stitching on the steering wheel, shift knob, parking brake handle and console lid that will all be covered in leather.

Mitsubishi didn’t reveal why there will only be 150 examples of the Mitsubishi Lancer Evolution Final Edition’s headed for Australia. They will likely command a higher price, but no pricing has been announced. CarAdvice says Mitsubishi Australia will keep selling both standard and Final Edition models until supply runs out. When the last 2015 Lancer Evolution Final Edition rolls off the assembly line in Japan, it will be the end of the EVO as we know it. The Evolution name will likely continue on in a very different vehicle for the Japanese automaker. Mitsubishi plans to concentrate on SUV, PHEVs and EVs. Mitsubishi could produce an Evolution vehicle, but it with come with eco-performance and look very different. Stay tuned.