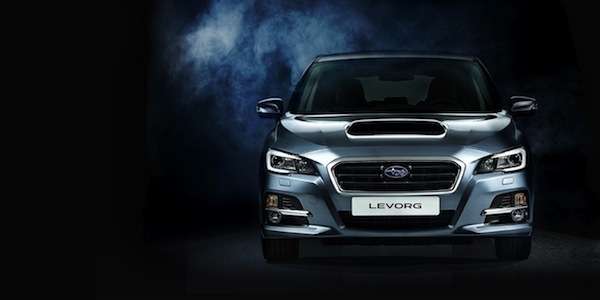 Subaru has announced the new 2016 Levorg is headed to the UK this fall. What model will the UK get?
Advertisement

The UK will be getting the new 2016 Subaru Levorg sports tourer and wagon fans will get the Levorg 1.6 GT model starting this fall. The new sporty wagon that made its European debut at the Geneva Motor Show in March, will be called Levorg GT in the UK. U.S. sports tourer fans will only be able to look and not touch.

Levorg has been a big hit in its home market in Japan and now makes its way to the European market where it will likely be a popular model. Subaru won’t sell the Levorg in their largest market, the U.S., but it will be sold in Australia.

The UK gets the smaller 1.6-liter horizontally-opposed direct injection turbo "DIT" engine but not the performance 2.0 GT-S that launched in Japan. The UK’s 2016 Subaru Levorg GT 1.6-liter is a new powerplant for Subaru and the boxer engine will produce 125kW/250Nm. Subaru is bringing out this new engine first in the Levorg and possibly in other models in the future as they look to increase fuel mileage in their lineup.

Levorg will feature a sport-tuned suspension with electric power steering and a smaller sport D-shaped steering wheel with a thick grip. The 1.6-liter GT sport models will have performance 215/50R17 tires. The new engine will be combined with the latest version of Subaru’s advanced 6-speed Lineartronic transmission with paddle shifters.

The European spec Levorg GT will feature some of Subaru’s latest passive and active safety technology, including blind spot detection and rear vehicle alert. Subaru says the Levorg GT will “be one of the most refined Subaru’s yet.” The cabin will be fitted with the brand’s latest factory-fit infotainment system, bespoke sports seats and premium materials.

Subaru has not released pricing on the new 2016 Subaru Levorg GT, but it will begin arriving in the UK in September. Further details on the UK Levorg GT will be announced closer to dealer launch. U.S. sports tourer fans will only be able to look and not touch. For more information on the UK Levorg you can sign up here.