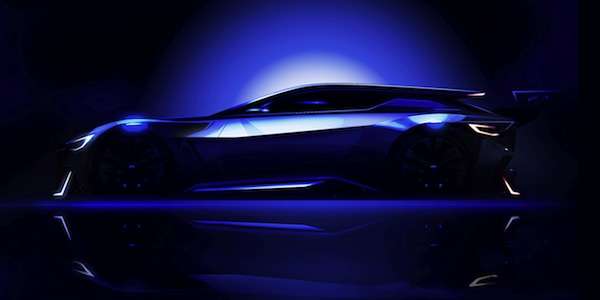 The sporty Subaru SVX could be revived by Subaru as a new flagship high-performance coupe with a performance hybrid powertrain.
Advertisement

The Subaru SVX was a sporty two-door coupe that went away after the 1997 model year, but it wasn’t axed because it wasn’t popular. The SVX coupe was developed by Subaru to enter the luxury/performance car category and they sold about 25,000 around the globe from 1992-1997. In the U.S. market, Subaru imported 14,000 SVXs to North America. Will SVX be coming back as a new flagship for the brand?

Why did the SVX get the ax?

The SVX had some major issues with transmission failure, wheel bearing failure and brake rotor issues. Subaru SVX was a heavy car which contributed to the wheel bearing and rotor issues. But it was a popular car with performance fans and SVX was even described by one popular car magazine as "a cross between Porsche engineering and Jaguar refinement." Maybe Subaru had the right idea, but it needed some refining and improving to compete in the competitive luxury sports car segment. Is Subaru thinking of reviving the SVX?

Will Subaru revive the SVX?

According to recent report by Motoring.au, a “source close to Subaru” is telling them that the Japanese automaker is considering a new “high-powered coupe” that will be powered by a six-cylinder boxer engine coupled to new Toyota hybrid setup. The Motoring story says that Subaru dealers here in the U.S. are clamoring for Subaru to give them a high performance, grand tourer style coupe that will “lift brand image and draw a wider clientele to their showrooms.”

The source told Motoring that this new luxury performance coupe will be the flagship of the brand and its primary target markets would be the U.S., UK and Australia. The new flagship model would be built at the upgraded Indiana plant that is undergoing new expansion. It may not be called SVX, but the new performance flagship would be ready as a 2017 model and be in U.S. showrooms that same year.

What about the hybrid powertrain?

Even though Subaru developed their own in-house hybrid system for the 2014 XV Crosstrek, the source says Subaru will call upon Toyota to help develop a “Lexus plug-in hybrid unit” that will be mated to a new 3.3-liter Boxer six cylinder engine with direct injection and a longer stroke that Subaru engineers are developing now. The goal is to develop a high-performance all-wheel-drive coupe with great handling that meets the new stringent CO2 emissions regulations and delivers acceptable mileage.

Motoring says the new 2017 Subaru SVX performance coupe would develop around 375 horsepower and put it in line to compete with the Tesla Model S. It would make sense for Subaru to develop a new high-performance flagship model as they have already introduced two new VIZIV Concept cars with new styling language and hybrid powertrains. Subaru will likely bring this new high-performance luxury flagship to lift their image from just being a niche-market SUV brand and to draw a wider clientele to their showrooms. Maybe we’ll see a new 2017 Subaru "SVX" performance flagship being produced here in the U.S. by 2017.