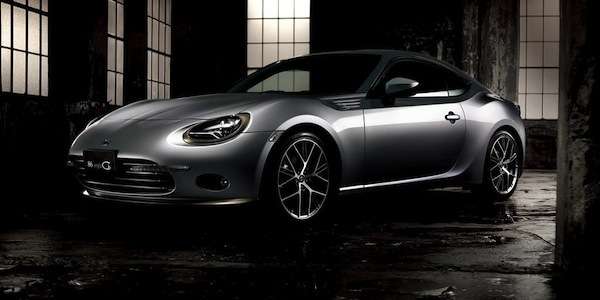 The 2015 Toyota GT86 is getting some improvements and a new 86 Style Cb Edition for Japan is announced.
Advertisement

The GT86 gets the same improvements like BRZ and comes with improved ride quality, steering quality and enhanced the interior materials and there are new exterior colors. In addition GT86 gets a new center cluster with silver metallic paint, the interior color of GT "Limited", employs a tan color. GT86 will come with 8 speakers as standard equipped, cruise control and 7 exterior colors including a new Pure Red color.

A new 86 Style Cb will be coming to Japan on April 23. Cb stands for “Cool beauty” and will feature some new exterior upgrades. 86 Style Cb will come with a new front bumper and front grille, oval-shaped head lamps with metallic bezels that will give the sports coupe an extended nose. A new optional rear spoiler is also available on the new Cb model.

The new sports coupe also comes equipped with dedicated LED front turn and clearance lamps on the front grille that sets it apart from the standard GT86. The new Cool beauty with LED illumination will stand out at night. A new two-tone exterior beige and brown paint will further enhance the sports car and set it apart. Inside, 86 Style Cb will be enhanced with a "Cb" emblem on the leather steering wheel, new white analog gauges and ebony woodgrain in the cabin.

No changes to the drivetrain

What does this mean for U.S. BRZ/Scion FR-S models?

Subaru and Toyota are upgrading the 2015 BRZ and 2015 GT86 Japan models and we will likely see a new-generation sports coupe for 2016 or 2017 in North America. Interest has cooled and FR-S/BRZ sales have taken a nose dive here in the U.S. Both models need a major refresh and changes to the powertrain would definitely create new excitement for the sports coupe. Stay tuned.

Patrick Rall wrote on February 11, 2015 - 1:09pm Permalink
I love the look of the American FRS/BRZ...and I hate this look. Hopefully it doesnt go any further than Japan.

LG's New EV Battery Plant Is a Welcome News for Tesla
Tesla Giga Berlin's New Hurdle: It's Not Only the Gov't, but Now Tesla Itself
END_OF_DOCUMENT_TOKEN_TO_BE_REPLACED