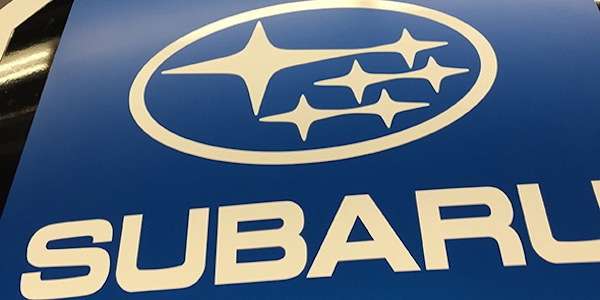 Subaru has an oil consumption lawsuit pending and there is new info revealed from Consumer Reports that says they have 4 new vehicles that burn excessive oil. What are the vehicles?
Advertisement

Consumers need to be aware before they buy a new vehicle if there are potential problems with a certain brand. Subaru is a hot brand in the U.S., but some of the vehicles the automaker builds burn more oil than other automakers according to Consumer Reports (CR). What did CR find in a recent study?

Subaru vehicles are the best multi-purpose recreational vehicles on the planet, but some of their vehicles, that use the Boxer engine, are experiencing excessive oil consumption according to CR. Porsche is the only other brand that uses this design and the Boxter sports car is also on the Consumer Reports top 30 list.

CR report seems to back up lawsuit claims

A pending lawsuit on behalf of a California man and others, claims the 2011-14 Forester, 2013 Legacy and 2013 Outback, with 2.5-liter engines, and 2012-13 Impreza and 2013 Crosstrek, with 2-liter engines are having this oil consumption issue. The suit claims the vehicles "prematurely burn off and/or consume abnormal and excessive amounts of engine oil."

Consumer Reports focused on 498,900 vehicles from the 2010 to 2014 model years. Many of these vehicles are still under the manufacturers powertrain warranty. CR found there were a number of automakers who were the main offenders when it comes to excessive oil consumption.

CR’s study found that Subaru’s 3.6-liter six-cylinder and 2.0- and 2.5-liter four-cylinders were the main offenders. The Subaru models in the study are the Subaru Forester, Impreza, Legacy and Outback. These are the same models that are in the pending oil consumption lawsuit against the Japanese automaker.

Audi, BMW and Subaru all maintain that oil consumption is a normal part of the these engine’s operation and that this is normal. Subaru says a quart burned every 1,000 to 1,200 miles is acceptable. Certain Audi and BMW cars’ standards state that a quart burned every 600 to 700 miles is within acceptable consumption ranges. For a new vehicle, these are excessive amounts and are unacceptable for any vehicle.

What does Subaru say?

Subaru’s Director of Corporate Communications, Michael McHale, said in an e-mail statement, “The rate of consumption can be affected by such factors as transmission type, driving style, terrain, and temperature.” He also said in an earlier statement, "While we believe the oil consumption of our vehicles to be within acceptable levels, we continually work to reduce the amount of consumable goods, such as oil, that our vehicles require to operate." He went on to say, "We have also worked with customers on this issue.”

Subaru owners who think they have excessive oil consumption, can take their vehicle to an authorized dealer who will perform oil-consumption tests to determine whether the vehicle is performing outside of manufacturer specifications.

Consumer Reports says, “Any engine that burns oil between changes should be repaired under the powertrain warranty.” 2011-14 Forester, 2013 Legacy and 2013 Outback, with 2.5-liter engines, and 2012-13 Impreza and 2013 Crosstrek, with 2-liter engines seem to be the main culprits. To learn more about this issue, you can go to the Consumer Reports article here.