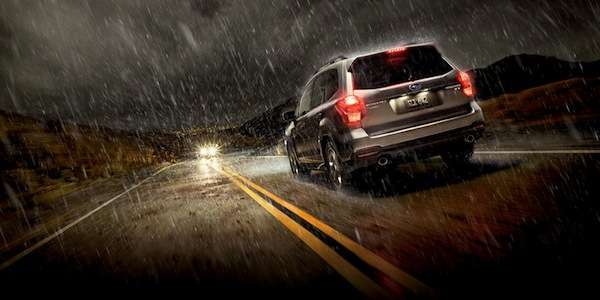 A 2nd class-action oil consumption lawsuit has been filed against Subaru of America. The popular 2014 Subaru Forester is on the list. Which other vehicles are included?
Advertisement

The top-selling 2014 Subaru Forester is on the oil consumption lawsuit as Subaru of America now has a second class-action suit that has been filed against the Cherry Hill based automaker. The first lawsuit was filed in July, and this second class-action suit was filed on October 8, 2014. The Courier-Post reports that this second lawsuit also contends Subaru of America has failed to address customers' concerns about excessive oil consumption in some of the automaker's vehicles.

In an article in the New Jersey Law Journal, the first lawsuit, filed in July on behalf of a California man, claims the 2011-14 Forester, 2013 Legacy and 2013 Outback, with 2.5-liter engines, and 2012-13 Impreza and 2013 Crosstrek, with 2-liter engines are having this oil consumption issue. The suit claims the vehicles "prematurely burn off and/or consume abnormal and excessive amounts of engine oil."

The second lawsuit was filed in federal court on October 8, Camden, New Jersey, on behalf of two Subaru owners from Connecticut and New Jersey. This second lawsuit also claims Subaru of America has not disclosed an oil-consumption problem in “some vehicles and has refused to cover repair bills caused by an alleged engine defect.”

The two lawfirms will work together

The Attorneys who are representing these Subaru owners in the two oil consumption lawsuits "will work together with the common goal of getting relief for Subaru customers," said Eric Lechtzin of Berger & Montague, the Philadelphia firm that filed the second class-action suit.

What is Subaru’s response?

Subaru has not responded publicly to the oil consumption lawsuit, and in response to the report, Subaru Director of Corporate Communications Michael McHale, declined to comment on the lawsuit. But he did say in the Courier-Post report, "However, I would say that the vast majority of our vehicles consume oil at typical levels."

Owners will need to be persistent as most dealers are not admitting anything is wrong with the Forester, Outback, Legacy, XV Crosstrek and Impreza models. The dealer should change the oil free of cost, and ask you to come back in 1200 miles. If the oil usage is over their acceptable specifications, they could replace the piston rings to correct the problem. The top-selling new-generation 2014 Subaru Forester, previous-generation Outback, Legacy and Impreza are on the list and also the third-best selling XV Crosstrek.