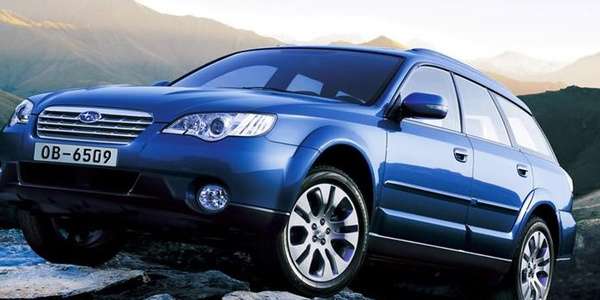 Subaru of America is recalling more vehicles for the Takata air bag issue. Is your Outback, Legacy or Baja on the list?
Advertisement

Subaru of America is recalling additional vehicles as the Takata air bag recall expands to include more of their vehicles. Which Subarus are now on the list? The National Highway Traffic Safety Administration (NHTSA) has added two more Subaru models to the recall that will include 2005-2008 Outback vehicles and 2005-2008 Subaru Legacy. 2003-2004 Baja vehicles were already on the list from the recall earlier this year.

On December 18, Subaru of America informed NHTSA of an expansion of this recall to include the later model Subaru Legacy and Outback vehicles. Subaru spokesman Michael McHale told Cars.com that Subaru's expansion of the Outback and Legacy models amounts to 340,000 new cars. The list included 32,400 2004-2005 Subaru Impreza models before this latest recall. The total recall now potentially affects 439,649 Subaru vehicles in the U.S.

The problem with the airbag

The defective Takata air bags explode too violently and shoot shrapnel into vehicles and have been linked to eight deaths in the U.S., plus another one worldwide and more than 100 injuries globally. The Subaru recall is related to defective airbag inflators fitted to the front passenger airbags. Takata says propellant in the inflaters could degrade over time if exposed to high humidity and temperature changes, making it prone to “overaggressive combustion.”

Right now, replacement parts are being prepared in Japan for this recall. Due to the volume of vehicles across multiple brands affected globally, it is currently estimated that sufficient parts to enable recall repairs will be available by early next year.

What should consumers do?

Ramona. Salcedo wrote on November 1, 2016 - 8:51am Permalink
Hi ,I own a Subaru outback 2008 , which I shipped to Dominican Republic , 2 years ago , since I recived a recall notice , for the Air bags , is there any Subaru representative or dealer the I can bring the car to take care of the recall in the Dominican Republic , thanks so much

Tesla Contemplates A New Strategy for China Retail even As Sales Boom
Jay Leno on Elon Musk & EVs: “I Think He Should Get ... Credit"
END_OF_DOCUMENT_TOKEN_TO_BE_REPLACED