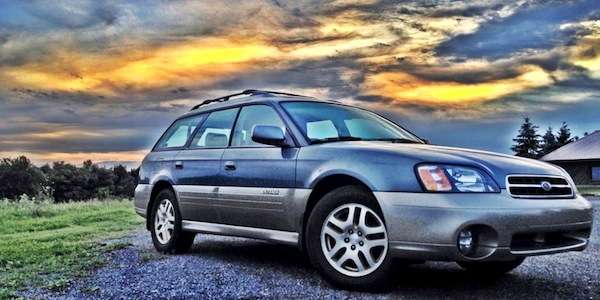 The Takata airbag recall is expanding and now includes more Subaru vehicles. How long will owners have to wait to get their vehicles fixed?
Advertisement

Why are the vehicles being recalled?

The defective Takata air bags explode too violently and shoot shrapnel into vehicles and have been linked to six deaths and more than 100 injuries worldwide. The Subaru Impreza recall is related to defective airbag inflators fitted to the front passenger airbags. New York Times reports Takata said on Tuesday that propellant in the inflaters could degrade over time if exposed to high humidity and temperature changes, making it prone to “overaggressive combustion.”

What’s next for Subaru owners?

What will be done?

Right now, replacement parts are being prepared in Japan for this recall. Due to the volume of vehicles across multiple brands affected globally, it is currently estimated that sufficient parts to enable recall repairs will be available by early next year. Subaru AU says relevant customers will again be contacted regarding the repair procedure when replacement parts are available. All repairs will be made free of charge and estimated to take approximately 1.5 hours.

Subaru Australia reports that to the best of their knowledge, there have been no reported incidents of failure in Subaru vehicles in that country. SLT Today says Takata will need 33.8 million inflators for the repairs for all manufacturers in the enormous recall, so far it has made 3.8 million. At Takata's estimated rate of production, it will take 2 1/2 years to crank out enough inflators to fix all the affected vehicles.

At this time, Subaru has Impreza, Baja, Legacy and Outback models on the recall list. Subaru U.S. has not released any official recalls. Stay tuned.

JeffS wrote on May 25, 2015 - 5:39pm Permalink
What's wrong with this picture? In the meantime, millions of people are driving around with a potential shotgun pointed at their face. How 'bout a loaner car 'till they can get the problem fixed, or is Takata and the Mfgs going to leave it to the Driver to decide if he/she wants to play Russian roulette every time they get behind the wheel, or find another means of transportation 'till the problem is fixed in a year or so, give or take. What's wrong with this picture? Really disappointing, (and if I owned one of the affected cars, I'd say infuriating) commentary on the Industry as a whole.
Joe merriman wrote on May 26, 2015 - 9:30am Permalink
Takata voodoo replacement airbags because they think they know what the cause but not sure after the 12 year cover up will these replacement airbags be any different than the defective ones?
Nancy wrote on May 26, 2015 - 12:53pm Permalink
I have a Toyotal corolla and cannot find the list where you are supposed to input your VIN no. according to television news. Where is the list?
JeffS wrote on May 27, 2015 - 8:12am Permalink
Hi Nancy. Tried to provide link to NHTSA's web-site recall page, but after several attempts it occurs to me that Torque may not allow this. So, Google NHTSA and the link you are looking for will be one of the first listed. You may also want to check with your local Toyota dealer. Good Luck and I hope your car isn't on the list. Be Well