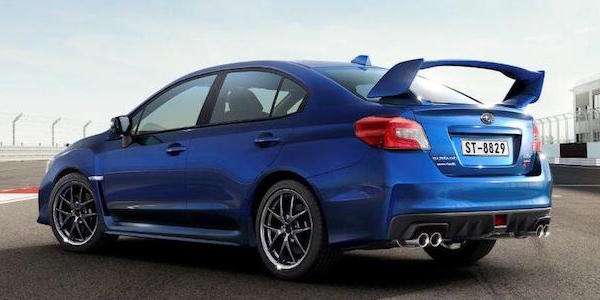 The 2016 Subaru WRX and WRX STI are popular with performance enthusiasts all over the globe. They help the brand set new records in three global markets.
Advertisement

It’s not just the U.S. market where Subaru’s WRX and WRX STI performance models are flying off dealer lots. The WRX/STI performance sedans are helping the brand achieve astounding global results. Subaru has three factories, two in Japan and one in the U.S. Its factory in Gunma is pumping out the 2016 Subaru WRX/STI as fast as they can. Where are the WRX and WRX STI hot?

Fuji Heavy Industries (FHI), the manufacturer of Subaru automobiles, announced Subaru’s 2015 annual sales have posted all-time records in its key markets. The brand is flying high in the U.S., Canada and Australia. The 2016 Subaru WRX with the 2.0-liter turbocharged engine with 268hp with sport suspension and WRX STI with the 2.5 liter turbo 305hp powerplant with performance suspension are selling well all over the globe.

In the U.S., it was the best December ever for WRX/STI, Legacy, Forester, Outback and Crosstrek. It was also the best year ever for WRX/STI, Forester, Outback and Crosstrek models. This marks the seventh consecutive year of sales records as well as eighth consecutive year of sales increases in Subaru’s top market. The performance models WRX/STI lead the way in percentage of increase in the U.S. and were up a whopping 32.3 percent over last year.

In Canada, Subaru set an all-time record for the fourth consecutive year. All of the key models have contributed to the strong sales. The Performance-driven WRX and WRX STI sales rose by a hot 17.6 percent in 2015. Forester achieved a 3.3 percent increase, while Outback and the Legacy were up 15 percent and and 11.4 percent respectively. The Crosstrek was also up big with a 21.7 percent increase.

In Australia, Subaru sales were up 7.6 percent setting an all-time record for the fourth consecutive year. Sales of the WRX/STI performance models were up in 2015 helping the brand set new records down under. Sales of the Outback and Liberty (Legacy in the U.S.) each achieved a significant sales increase, selling 10,927 units (+344.7 percent) and 4,097 units (+298.9 percent), respectively. Annual sales of the Outback topped 10,000 units for the first time.

The factory in Gunma, Japan will keep humming with the 2016 Subaru WRX and WRX STI flying off dealer lots again in 2016. They haven’t been sitting on lots very long. Subaru vehicles have the “fastest days to turn”, which is the number of days a new vehicle sits on their lots, in the business at 27 days. The performance WRX/STI models are the fastest models in the lineup to leave Subaru showrooms.

Naran K Patel wrote on January 25, 2016 - 1:57pm Permalink
I have an STI, Evo's prior to that and I really want to get another STI to replace it but there maybe better options now. If the STI doesn't get at least 350hp and near equal torque or more, expect the Focus RS to displace it.