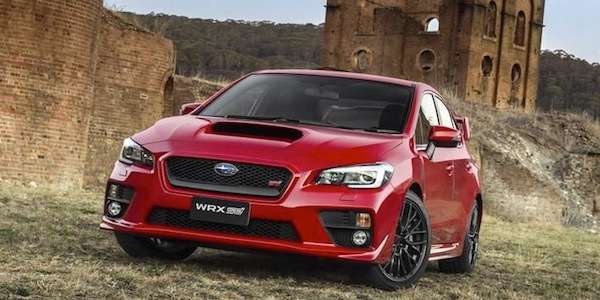 The new-generation 2015 Subaru WRX and WRX STI are selling like crazy in Canada. What’s going on up North?
Advertisement

Subaru Canada is trying to figure out what is going on with the new-generation 2015 WRX STI. The performance cars are flying out of their showrooms faster than any of their other cars in the Subaru lineup. The all-new 2015 WRX STI sales rose by a whopping 46.7 percent leading all the other Subaru cars in percentage of sales increase. What ‘s going on in Canada?

Subaru Canada, Inc. (SCI) announced its sixth consecutive month of growth as year-to-date results soared to an all-time high, up 17.8 percent. Subaru Canada reported a new record for June with 3,536 units retailed, an increase of 8.0 percent over the same period last year. And the new WRX STI is leading the charge in percentage of sales increase.

How is the rest of the lineup doing?

Subaru’s niche market is their multi-use vehicles, but they have balance with the WRX/STI performance cars and BRZ two-door sports coupe. Shiro Ohta, president and CEO of Subaru Canada, Inc. said, "We have a very balanced product offering across our model lineup and it's been exciting to watch the sales momentum continue to build over the course of the year."

Subaru is the only automaker in the world with the distinction of earning IIHS Top Safety Pick awards for every model it builds and has done so four consecutive years. And the new-generation WRX and WRX STI have both passed the new stringent IIHS safety test and received the highest rating.

Shiro Ohta said "Recent awards and accolades from the Insurance Institute for Highway Safety, Automotive Lease Guide and Canadian Black Book, in addition to a long-standing reputation for safety, durability and value, have elevated the Subaru brand in our customers' minds."

The all-new 2015 Subaru WRX and WRX STI are flying out of Canadian showrooms, faster than any of their other cars percentage wise, in the Subaru lineup. If you want a new WRX or STI in Canada, be prepared to wait in line.