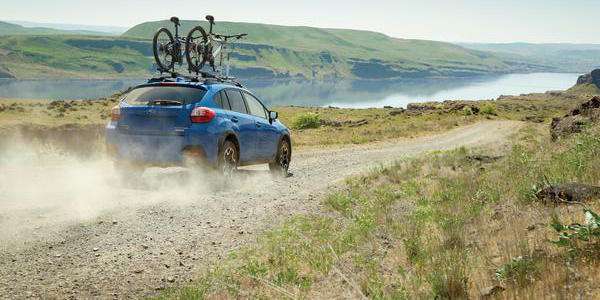 Subaru Wins First-Ever Best “Overall Brand” from CBB; Why Crosstrek is #1 in the Stable

Subaru wins its first-ever Best Retained Value “Overall Brand” Award from CBB. Crosstrek is also singled out. What does it tell consumers?
Advertisement

Subaru is getting more attention this week for being the best when it comes to retaining value, and the Subaru Crosstrek also gets singled out for more accolades. Subaru Canada announced they have won the first-ever Best Retained Value “Overall Brand” Award in the Car Category from Canadian Black Book (CBB). In addition, the Subaru Crosstrek has earned a CBB Best Retained Value Award in the Compact Car segment. It’s been quite a week for Subaru in North America.

More Awards for Subaru and Crosstrek

Also within the last week, Subaru picked up their third straight Best Mainstream Brand award, and they pick up four segment awards in ALG’s 2017 Canadian Residual Value Awards. In the U.S., Subaru of America scored the Best Brand for 5-Year Cost to Own Awards, and the 2017 Crosstrek crossover won in the Best Compact SUV/Crossover category in Kelly Blue Book’s 5-Year Cost to Own Awards.

What does it mean for consumers when they shop for a small SUV or Crossover?

All these accolades for Subaru tell SUV and crossover buyers, that Subaru vehicles retain their value better than other mainstream brands. Subaru’s overall vehicle lineup, including the Forester SUV, Outback wagon, Crosstrek crossover, Impreza compact, WRX/STI performance cars, Legacy sedan, and BRZ sports coupe will incur less depreciation than any other automaker’s cars. If you are looking for a 2-3 year-old used Subaru Crosstrek, it may be better to buy a new 2017 model. If you’ve tried to purchase a previously owned Crosstrek, you know this is true. The value of a used Crosstrek is just a few thousand dollars less than a new one.

Subaru’s stable of all-wheel-drive vehicles have been popular with loyal owners for decades. Now they are gaining popularity with a new-generation of urban-adventurers who use the vehicles for weekend excursions to the mountains for hiking, biking, fishing, camping and skiing. The Subaru Crosstrek's go-anywhere attitude, versatility and fuel mileage is keeping this vehicle’s value particularly high when it comes time to sell. More on Page 2.

This latest award from Canadian Black Book, acknowledges vehicles that hold the highest percentage of their original MSRP after four years. CBB analyzed model year 2013 vehicles in 20 different categories. They have determined the Subaru stable of vehicles are the best of any automaker when it comes to retaining value, and the Subaru Crosstrek crossover is #1 in the Compact Car segment.