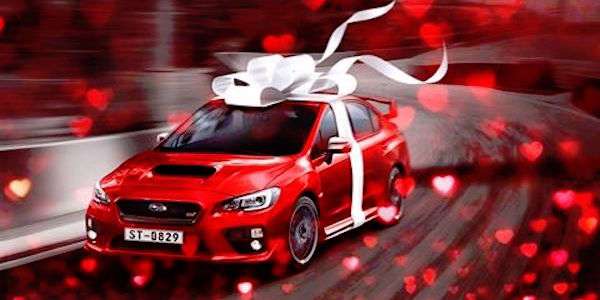 Valentine’s Love for Subaru Overflows with More Residual Value Awards; What it Means for Consumers

Subaru has racked up Best Mainstream brand three years in-a-row and gets four segment awards from ALG. What does all this love for Subaru mean for consumers?
Advertisement

There’s plenty of love for Subaru on Valentine’s Day in North America. Subaru has received their third straight Best Mainstream Brand award, and they pick up four segment awards in ALG’s 2017 Canadian Residual Value Awards. What does all this love for Subaru mean for consumers?

Subaru vehicles retain their value and stay on the road longer than other mainstream brands according to ALG. Subaru gets four individual segment awards and are singled out to be the best. The all-new 2017 Subaru Impreza gets the Best Compact Car, the 2017 Subaru Outback is Best Midsize Utility-2 Row, and Crosstrek takes Best Subcompact Utility. In the highly-competitive sports car segment, the 2017 Subaru WRX and WRX STI performance sedans score Best Sports Car.

The entire lineup of Subaru vehicles are predicted to hold their value better than all other mainstream brands in the segment. The impressive award marks Subaru’s third consecutive win, an impressive milestone Subaru Canada has repeated twice in the history of the ALG awards. In the U.S., Subaru of America was just named Best Brand by Kelly Blue Book in their recent 5-Year Cost to Own Awards.

The annual ALG Canada Residual Value Awards recognize automakers' outstanding achievements for 2017 model year vehicles that are predicted to retain the highest percentage of their original price after a four-year period for mainstream brands. Awards are given in 27 vehicle categories as well as for the two brands with the highest overall predicted residual values among all mainstream and premium vehicles.

In another impressive statistic, IHS Automotive reports that 98 percent of all Subaru vehicles sold in Canada over the last 10 years are still on the road today, indicating consumers can depend on Subaru vehicles for their quality, reliability and value. More on Page 2.

The Subaru brand gets plenty of love in North America on Valentine’s Day, and gets its third straight Best Mainstream Brand award from ALG. The small Japanese automaker also picks up four segment awards for the 2017 Subaru Impreza (Best Compact Car), the 2017 Subaru Outback (Best Midsize Utility-2 Row), 2017 Subaru WRX and WRX STI (Best Sports Car) and 2017 Subaru Crosstrek (Best Subcompact Utility). Jim Nguyen, President of ALG sums it up by saying, “Legions of enthusiastic owners have transformed Subaru from a niche alternative brand to the envy of the automotive industry.”