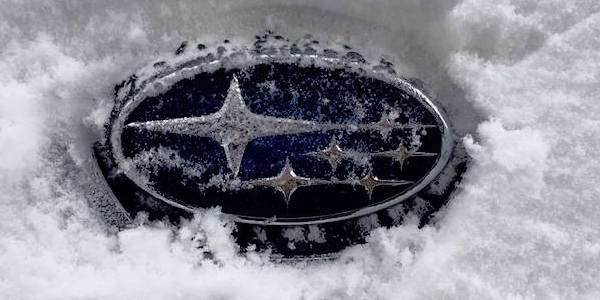 2016 will be a banner year for the Subaru brand with the 2016 Forester leading the way. What colossal new milestone will they set?
Advertisement

Every automaker has huge milestones in their history and Subaru will hit a colossal one this year. 2016 will go down as the year the Subaru brand sells one million vehicles for the first time in their history. By global standards Subaru is a small manufacturer when compared to their Japanese rivals Toyota and Honda. Yet Subaru is outperforming the industry in percentage of growth as consumers flock to Subaru’s showrooms.

Subaru sales will be driven again by the 2016 Forester, Outback and Crosstrek all-wheel-drive recreation-purposed vehicles. Subaru Japan is projected to crank out 718,000 vehicles at their two plants which will be an all-time record for the fourth consecutive year. Subaru of Indiana Automotive (SIA), their only plant outside of Japan is projected to grow to 296,000 units. It will be an all-time record for the 3rd consecutive year for SIA. The new plant expansion in Indiana is fueling this increased production capacity.

Global production will be over 1M

This puts Subaru’s global production over one million cars for the first time. Japan’s economy is stagnant and the sales increase for 2016 will come from their major markets in the North America. Growth in the U.S. and Canada are projected to be 871,000 units. It will be an all-time record for the 5th consecutive year for Subaru of America and Subaru Canada, Inc.

Global sales will hit the one million mark

With Japan, Europe, Australia and North America, Subaru’s global sales are projected to be 1,033,000 units, surpassing one million cars for the first time. It will be an all-time record for the 5th consecutive year. Subaru says this does not even include CKD production in Malaysia where they also produce the Forester and XV Crosstrek.

In the U.S. plant, Subaru produces the 2016 Subaru Outback wagon and Legacy sedan. Starting this year, they will build and launch the new 2017 Subaru Impreza 5-Door hatch and sedan models. Starting in 2018, the Japanese automaker will begin production of the Subaru 3-row crossover for the U.S. market. It’s good times for Subaru and 2016 will go down as a banner year as they hit one million vehicles sales. The 2016 Subaru Forester, Outback and Crosstrek multi-purpose AWD vehicles are leading the way.