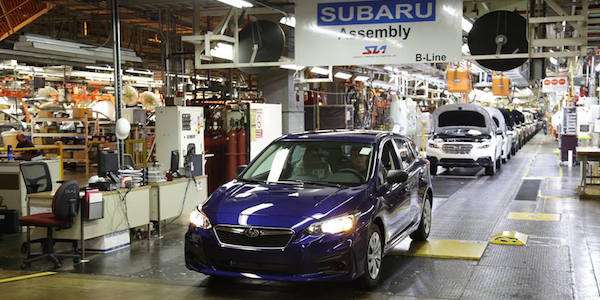 Subaru Tumbles in Quality; They Quietly Hire Czar to Enhance it in the U.S.

Amid Subaru recall issues, FHI quietly assigns a Czar to enhance quality in the U.S. What are the big issues?
Advertisement

Subaru’s recent recalls have lowered their rankings with J.D. Power and also Consumer Reports reliability ratings. A new "Quality Czar" is on U.S. soil to help. Subaru’s quality issues have stung the small Japanese automaker even though they’ve had record sales for seven straight years. Their explosive growth could be the problem.

Subaru’s quality issues are many

Subaru of America (SOA) has had a number of recalls recently which could be due to their red-hot sales. They produce the Outback and Legacy in the US at their Lafayette, Indiana plant which have both been recalled for quality issues. They have also been sued for an excessive oil consumption issue that is still plaguing the automaker.

Subaru also recalled 77,000 Tribeca vehicles to fix a hood latch defect. In May, 48,500 2016-17 Legacy sedans and Outback wagons were recalled to replace improperly built steering columns. Owners were told not to drive their vehicles and have then towed to a Subaru dealer because of the danger they could lose steering completely.

Because of these quality issues, Subaru dropped out of the top ten automakers in Consumer Reports' benchmark annual Auto Reliability Survey. Subaru has been ranked in the top 10 every year since 2010. Jake Fisher, director of auto testing at Consumer Reports says the drop was because of glitchy electronics or advanced safety systems as it introduced the new technologies.

Fuji Heavy Industries, maker of Subaru automobiles, has quietly assigned a quality czar to enhance Subaru quality in the US. Yasuyuki Yoshinaga, CEO of Fuji Heavy, told Automotive News, they quietly dispatched Masashi Takahashi, a former corporate vice president for global quality assurance, to Subaru of America in New Jersey in April. Fuji Heavy said “Takahashi is retiring from the parent company and being reassigned as a technical adviser and chairman of the U.S. unit”, without further explanation.

Takahashi’s new job is to visit U.S Subaru dealers to get their feedback on recalls, find out what customers are experiencing, and then report issues to Japan so they can respond quicker. Up until now, there has been a disconnect between SOA and parent company FHI in Japan, sometimes taking twice as long to respond to "technical reports" from the U.S. as they did from Japan. More on Page 2.

The negative repots from J.D. Power, Consumer Reports and more importantly, their customers, is having an impact on how Subaru will respond in the future. They quietly appointed a new quality control czar to police the issues and get them fixed quickly.