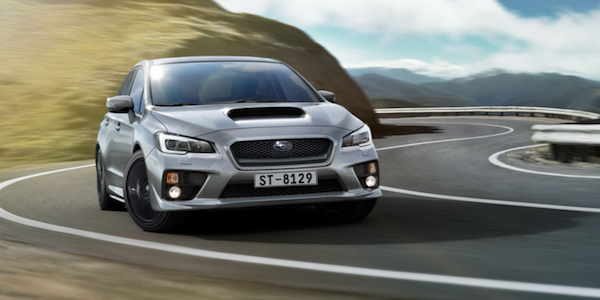 Subaru is suspending sales of the 2016 WRX in Russia. Why are the Russians getting the STI and not WRX?
Advertisement

The Russians have to be feeling a little left out by Subaru. First they drop the Subaru BRZ from the lineup, and now they suspend 2016 WRX sales in Russia and Belarus. The 2016 Subaru WRX STI is launching now in Russia, but not its stablemate WRX. Subaru did not give an explanation of why they aren’t shipping the WRX to Russian for performance enthusiasts, but there are likely two reasons why.

Subaru has a supply problem right now and they can’t build many of their vehicles fast enough. Their two factories in Japan are pumping out cars as fast as they can manufacture them. The 2016 Subaru Forester, Outback and Crosstrek are keeping the assembly lines humming at full capacity as consumers snatch them up around the globe. Subaru is trying to supply their top markets in the U.S., Australia and Canada first. Russia is a smaller market for Subaru and they have to cut back supplies of the WRX somewhere.

Why are they still getting the STI?

The 2016 Subaru WRX is reaching a larger audience than the WRX STI and the Japanese automaker is selling more of them in the U.S., Canada, Australia and Europe than the STI. They have more STIs available than they do the milder WRX. Subaru’s WRX isn’t just for hard-core enthusiasts anymore. Who is buying the 2016 Subaru WRX? With the launch of the new-generation model, Subaru said they wanted to reach a larger audience than ever before and they are. Gone are the days when the sports cars are only driven by a few hard-core fans.

WRX appeals to a wider audience

Today, you can see “seasoned” men and women behind the wheel of the WRX sedan. It’s become a little more mainstream than it was before the new-generation model arrived. It comes with a CVT automatic transmission and you can even get Subaru’s safety system EyeSight on the hot sedan. It comes with the new 268hp 2.0-liter turbo boxer which provides plenty of performance. You can also get a 6-speed manual gearbox. Subaru is selling more WRXs to a wider audience than ever before and they can’t keep up with the demand.

Russia is the market that gets left out as Subaru ships the 2016 WRX to its core markets in North America, Australia and Europe. Russian WRX enthusiasts will have to buy the more potent STI instead. At least performance enthusiasts in Russia can still get the 2016 WRX STI, for now. WRX fans in the U.S. can thank the Russians for having more performance sedans being available for sale here.