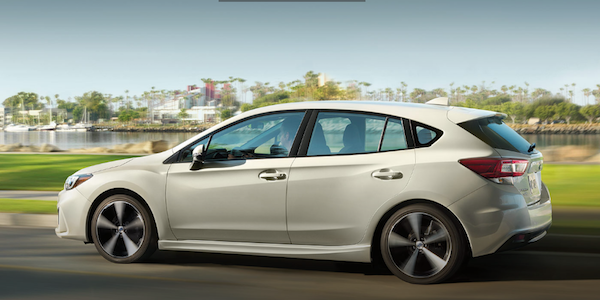 Subaru’s two most popular all-wheel-drive vehicles, Outback wagon and Forester SUV had their best April ever, but the redesigned 2017 Impreza was sizzling hot. Subaru of America announced April sales and they had another record month now posting 65 consecutive months of yearly month-over-month growth. It’s all because the Outback and Forester continue to sell like crazy, and the new Impreza sedan and 5-Door are on fire also having the best April ever.

The all-new Impreza sales were impressive increasing 66.2 percent over the same month in 2016 and it marked only the second time the compact model has ever topped 8,000 units in a month. Impreza was launched last year and received a complete remodel from the ground up, and compact buyers like what the Japanese automaker has done to the sedan and 5-Door models. Who’s buying the new compact?

In the U.S., Impreza sales to first-time Subaru buyers is what’s driving sales. Subaru of America says in the U.S., 60 percent of buyers are new to the brand. That is an incredible number when it comes to attracting new buyers to the automaker’s showrooms. Subaru has done it with complete redesigns like the new 2017 Impreza, and with very effective marketing to a new generation.

There is an estimated 80 million millennials in the U.S. alone (age 18-35), and Subaru estimates 6 million of those fit their target demographic to buy the newly-redesigned Impreza. First-time buyers and millennials are checking out the new 2017 Subaru Impreza, and 8,038 of them drove off the lot in a new compact sedan or 5-Door last month.

This is exactly what the new Subaru Corporation was hoping for when they spent $1 Billion on Impreza’s nearly complete remake. The money was spent on the new Global Platform that underpins the new sedan and 5-Door compact. The big money investment will also go to update all future Subaru models with the 2018 Crosstrek being next to get it. As reported here at TorqueNews, the new architecture gets five significant upgrades consumers should know about.

Subaru has definitely found the right formula that has made the small Japanese automaker successful in the US. The Outback wagon, Forester SUV and revamped 2017 Subaru Impreza sedan and 5-Door help propel the brand to another sales record as all three models and Subaru of America have their best April ever.

bob ellis wrote on May 3, 2017 - 1:28pm Permalink
My first Subaru is a 2004 Forester. I guess I'm one of the 40% of former Subaru owners who is purchasing a 2017 impresa. There's a dearth of hatchbacks in Texas with white seats, so it was ordered and should arrive on Monday. Sure, it is a little pokey compared to the Forester XT. But the spec'd mileage is great. And unlike others, I think it is hot looking. It is going to be tough, though, to beat what I think of my Forester. The latter has been the best car that I've ever had. So, why the impresa? Made by Subaru, relatively high mileage, and safety. I'll be laughing when Congress implements a 20% import tariff, and when Trump increases the gas tax.