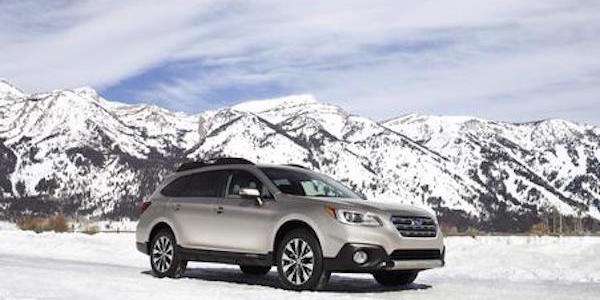 2016 numbers are in, and it’s the Subaru Outback that’s the number one selling vehicle in the lineup. How does a wagon outsell the hottest SUV segment?
Advertisement

It’a bit surprising that a wagon overtakes a SUV/crossover in total sales for 2017. The SUVs and crossovers are the hottest segment in the US. The 2017 Subaru Outback wagon overtakes the Forester SUV as the top-selling vehicle for Subaru of America.

In other big news, Subaru sets an all-time record with 615,132 vehicles sold in the U.S., they set their eighth straight consecutive yearly sales record, and the Outback wagon sells over 20,000 units in a month (December), a first for any Subaru vehicle. The brand is on fire and they aren’t slowing down anytime soon.

What’s up with the Outback?

A combination of things have helped the Outback become the number one vehicle in Subaru’s lineup. The number one reason is there’s more vehicle capacity at the Lafayette, Indiana plant where the U.S. spec Outback is built. Subaru of Indiana Automotive has more vehicles rolling off the assembly line now that the plant expansion is complete. Dealers now have more to sell since late last year.

The Forester is produced in Japan, and they have to be shipped across the Pacific to get them here. It’s still a popular small SUV, but supplies aren’t as plentiful. It’s a matter of supply and demand. Subaru dealers have been able to switch Forester buyers to the Outback because they have them now. Customers have more colors and options to chose from.

The Outback is not a true wagon and it’s appealing to a wider audience. It’s bigger than a traditional wagon like the VW Golf SportWagen. It has more cargo capacity, a higher ground clearance and it has Subaru’s Symmetrical all-wheel-drive system for all-weather and off-road adventures. The SUV-alternative Outback also comes with more luxury than ever before. With the new Touring model, consumers can get a rich Java Brown perforated leather-trimmed upholstery and exclusive woodgrain interior finish for the first time.

Subaru sets new sales records and the 2017 Outback wagon is now the number one selling vehicle in the lineup with its own impressive record numbers. The Forester SUV finishes number two and the Crosstrek crossover is number three.