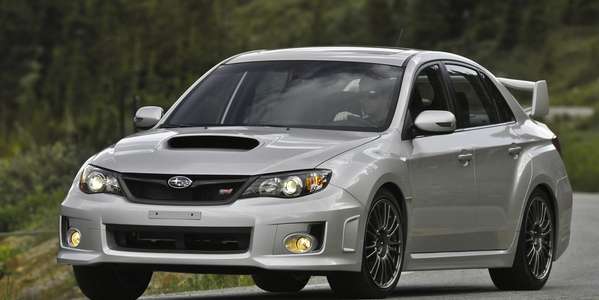 Subaru’s Latest WRX, WRX STI, Forester XT Recall Could Save You From Meeting a Fiery End

Subaru Australia has issued a recall for Subaru WRX, WRX STI, Forester XT and Legacy GT models. It could cause a fire.
Advertisement

Subaru AU has issued a recall for 22,726 vehicles in Australia that could be a potentially dangerous fire hazard. The vehicles affected are certain Subaru WRX, WRX STI, Forester XT, and Liberty GT (Legacy in the US) models. The recall says a faulty air pump could pose a fire risk.

Subaru AU reports that certain Subaru models may contain a faulty secondary air pump relay on their turbocharged models, which could cause the secondary air pump to overheat. If the pump does overheat, this could result in a potentially dangerous fire hazard.

A Subaru spokesperson told Chinchilla News that after a handful of incidents around the world, the Japanese automaker released a product recall. A statement released by Subaru said, ”Subaru Australia has decided to carry out the recall out of an abundance of caution.”

Which vehicles are affected?

Owners of these vehicles will be contacted by Subaru Australia by mail as soon as parts become available at the end of October. Subaru dealers will then replace the faulty pumps free of charge. Should you wait for the recall? According to the report, a Subaru spokesperson said “If the car was within the VIN range, it didn't matter if it had been modified or not, Subaru recommended the cars should be looked at.”

Dario Flores wrote on October 13, 2016 - 11:54am Permalink
Love Subaru
Joe Maglione wrote on January 23, 2017 - 7:21pm Permalink
My Subaru Forrester turbo caught on fire after being parked in the garage for almost an hour. Check engine light had come on during the drive home, just as explained in the recall notice. Caused extensive damage to the house. Luckily, we were awake when the fire started, as within 10 minutes it expanded from small flames coming out from under the hood to a large fireball fed by the gasline from the fuel tank, which enveloped the garage and spread to the attic.