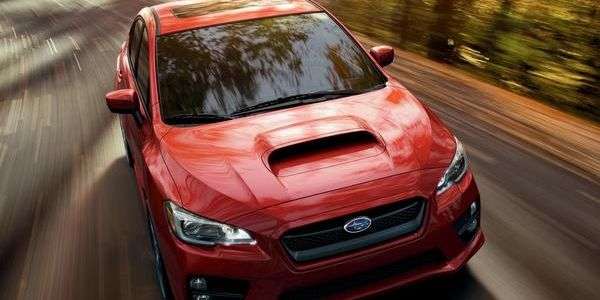 Subaru’s core value is safety, but new WRX buyers aren’t buying it. Subaru has sold 500,000 EyeSight units in their home country of Japan, but very few performance car buyers opt for the optional safety system. In fact, only 2.5 percent wanted the driver assist system when they purchased a new performance sedan.

Subaru offers the EyeSight safety system on the Sport Lineartronic automatic transmission models. Around 20 percent of buyers choose the automatic gearbox and the other 80 percent opt for the 6-speed manual gearbox. That’s not a surprise since, the WRX is a rally-bred sports car designed for performance enthusiasts who like to row the sedan themselves. But only a few performance sedan buyers wanted it with the EyeSight safety feature.

EyeSight is new on WRX

Subaru offered EyeSight on most of their other models since 1999, and in 2016, WRX joined its stablemates in offering the automaker’s safety system, one of the highest-rated front crash prevention systems by the Insurance Institute of Highway Safety (IIHS). You would think more buyers would want it. EyeSight, is integrated with Adaptive Cruise Control, Pre-Collision Braking and Lane Departure warning, and uses Subaru-developed stereo camera technology.

WRX’s EyeSight system also includes Lane Keep Assist, which uses the performance sedan’s electric power steering system to help the driver keep the vehicle within its lane when driving on the highway. EyeSight is available on the WRX Limited (US models) in a package that includes other safety features like Blind Spot Detection, Lane Change Assist and Rear Cross Traffic Alert.

It’s interesting that Impreza buyers bought the most EyeSight systems (32.8 percent), Legacy sedan was next (21.8 percent), Forester (21.4 percent), followed by Levorg sports wagon (17.3 percent) and Exiga small crossover (4.2 percent). Subaru does not sell the Outback wagon in Japan. Maybe more performance fans would buy it if it were a stand-alone feature. In the U.S. it costs $3,795, but it’s bundled with navigation, premium audio, along with keyless access and start.

Even though the Subaru brand is all about safety, WRX buyers in Japan aren’t buying it. EyeSight was chosen by less than 3 percent who bought the WRX Sport Lineartronic automatic models as of the end of February 2017.

Dana wrote on March 17, 2017 - 9:10am Permalink
I think it is easy to explain: 1. Eyesight is only on the Limited Trim which few people get. 2. You need a $1200 CVT package which most people dont want on a sports car. 3. No one wants to spend $3700 on the Eyesight package knowing you get a horrible nav and boomy stereo. Only so many buyers are getting the limited trim, only so many want an automatic, and only so many want to drop $3700 on the package. It turns a $27,000 base model into $37,000. A 37,000 WRX will lose resale value like crazy and jack up insurance/excise tax/sales tax. I have yet to see an insurance company that actually gives this supposed discount for having eyesight. I dont think any can or want to afford it. The minimum price for a WRX with eyesight is $37,000 - that is in STI territory.