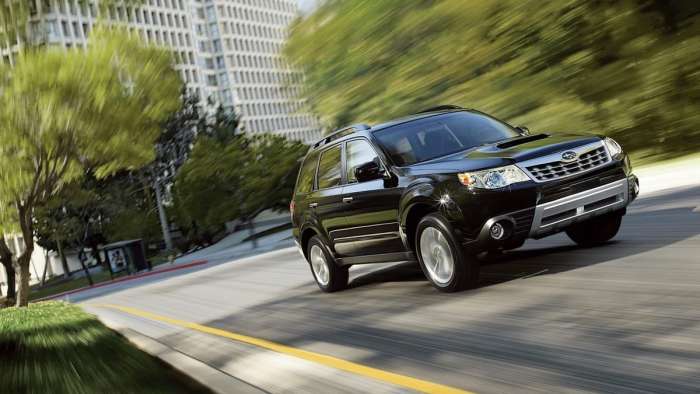 Subaru has been hit with a slew of recalls in the past year and has just announced another one. This latest recall affects certain 2009-2013 Forester, 2008-2011 Impreza, 2008-2014 WRX, WRX STI, 2005-2014 Legacy, 2005-2014 Outback and 2006-2008 Tribeca vehicles. The National Highway Traffic Safety Administration says vehicles equipped with a mechanical key ignition switch installed as a replacement part are affected. Vehicles equipped with a push-button start system are not affected. The total of 511 vehicles are being recalled in the U.S.

The ball spring inside the switch may break, reducing the strength of the ignition switch. If this occurs, the weight on the key ring and certain road conditions could cause the ignition switch to move out of the run position to the accessory position, turning off the engine.

If the ignition switch is pulled from the “ON” position to the “ACC” position causing the engine to stop running while the vehicle is in motion, there may be an increased risk of a crash. If a crash occurs under this condition, the airbag system may not react as designed, increasing the risk of injury.

Due to improper tooling maintenance on rollers used in the manufacturing process of subject ignition switch ball springs, stress-risers on certain ball springs may have formed, resulting in a potential diminished long-term fatigue performance.

Subaru will notify owners, and dealers will inspect the ignition switch, replacing the ignition switch, if necessary, free of charge. The Forester, Outback, Impreza, WRX/STI, Legacy, and Tribeca recall is expected to begin on May 10, 2019. Owners may contact Subaru customer service at 1-844-373-6614. Subaru's number for this recall is WUF-91.