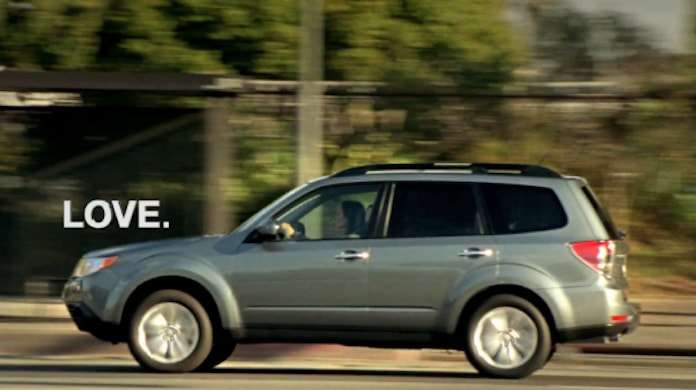 Is Subaru “Love” real? Subaru owners rate all models in the brand’s lineup among the highest in satisfaction.
Advertisement

Is Subaru “Love” for vehicles like the Outback, Forester and Crosstrek real, or just a marketing campaign? Consumer Reports just announced which brands satisfy drivers most after living with their vehicles for three years, and it reveals Subaru “Love” is real. CR’s report is an evaluation from car owners, and not CR’s editors. The auto brands are ranked by the average of their entire model’s lineup form CR’s Owner Satisfaction Scores showing where auto brands rank with actual owners.

Even though Subaru dropped three spots from last year, the small Japanese automaker is in the top five mainline automakers when it comes to overall owner satisfaction. In CR’s owner surveys, Chrysler scored 78 points, and Audi, Mazda, Subaru and Toyota all scored 76 points for the top mainline brands. The only brands to score higher were the Luxury brands, Tesla (90 points), Porsche (85) and Genesis (81).

According to CR, Subaru “Love” appears to be a real thing. The CR report is all about whether an owner would buy the same vehicle again, and also measures whether their car lives up to expectations. CR respondents also rated their cars in six categories: driving experience, comfort, value, styling, audio, and climate systems.

Subaru has created a brand image that’s about building all-wheel-drive vehicles with a “go-anywhere“ attitude, developed for people with active lifestyles, cars that are reliable, and a company that cares about the same issues their customers are concerned about. These values have helped propel the brand’s “Love” marketing campaign. Consumers want to feel like they’re part of something bigger than themselves, and Subaru excels at this.

The Subaru Love Promise, which is the company’s vision to show love and respect to everyone, guides what they do and supports communities and their customers nationwide. It’s having an impact and the numbers don’t lie. Vehicles like the new Subaru Crosstrek, Outback and Forester have been top-selling vehicles in the Subaru lineup for many years, and their owners say their car lives up to expectations. According to the CR report, Subaru “Love” appears to be a real thing.

We like to hear from our readers, so leave your comments! If you liked this article and think it may interest your friends, consider sharing or tweeting it to your followers.

Les Koyanagi wrote on September 30, 2020 - 3:27am Permalink
2014 Subaru doesn't Love us. Obscure expensive rrepairs. Ignition switch and shifter - steering wheel lock. Since these are imported authorized parts, very expensive with labor. Try not to go to the dealer as I did with $60 analysis fee.