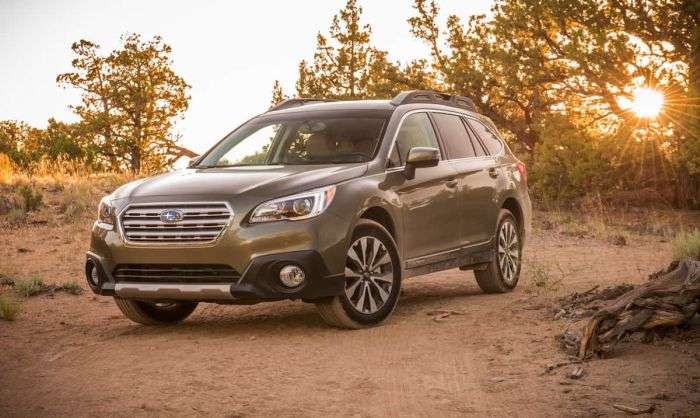 Subaru of America loses the lawsuit over faulty windshields. See which Outback models are affected.
Advertisement

Subaru of America was hit with a lawsuit last year claiming 2015-2016 Subaru Outback and Legacy model’s windshield were spontaneously breaking. Law360 reports this week a federal judge in California said the drivers have standing and adequately pled that Subaru knew of the defects.

U.S. District Judge Yvonne Gonzalez Rogers said Lucia Luong, a California woman, who claims her 2015 Subaru Outback developed a crack that had “spontaneously appeared” at the base of the windshield, had sufficiently alleged claims on behalf of a proposed class of California drivers under a mix of state and federal consumer protection, unfair competition and warranty laws.

After taking her Outback wagon to the dealer, she was denied warranty coverage. The California woman filed a lawsuit in June 2017 alleging Subaru knew as early as 2014 that Outback and Legacy windshields were designed and/or manufactured with a defect and the company knew this in 2014. The California Judge says Subaru knew of the defects and the plaintiffs will receive compensation.

Luong isn’t the only Outback owner that has had windshield issues with the Subaru Outback. Her attorneys cited there have been “hundreds of thousands” of complaints to the National Highway Traffic Safety Administration (NHTSA) by other Outback owners reporting they also have had their windshields spontaneously crack.

The class action lawsuit claimed the windshields of 2015-2016 Subaru Outback and Legacy models “contain one or more design and/or manufacturing defects that cause the windshield to crack, chip and/or fracture.” Luong's lawsuit against Subaru of America was filed in the state of California, District of California- San Francisco, where the plaintiff lives and was decided by a trial by jury.