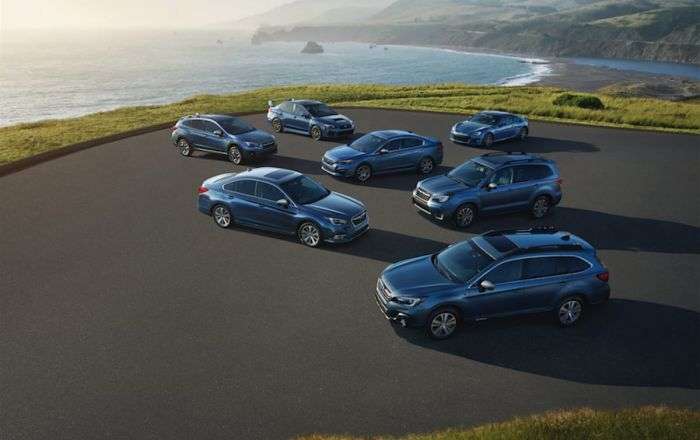 Subaru has issued a statement concerning allegations of fuel mileage falsification at their Gunma factory in Japan. At this plant they manufacture the all-new 2019 Subaru Forester SUV, Crosstrek crossover, WRX, and WRX STI performance cars, and BRZ sports coupe.

Japan’s Ministry of Land, Infrastructure, Transport and Tourism instructed Subaru Corp to conduct an internal investigation into allegations of fuel economy and emissions data manipulation back in October 2017. According to the findings of the investigation, Subaru Corp says there were no data alterations that would require recalls or present other quality issues. Here’s the findings.

Subaru says, “In sampling fuel economy and emissions data as part of the final vehicle inspections at the Gunma Manufacturing Division’s Main Plant and Yajima Plant, certain measurements and data were inappropriately altered, and values differing from those that should have been recorded as actual measurement results were recorded in monthly reports.”

Subaru says, “Data from prior to November 2012 was not found in measurement equipment or elsewhere, and it could not be checked based on specific data whether measurement values had been inappropriately altered in that period. Based on the employees’ statements, there is a high probability that such manipulation of fuel economy and emissions data commenced around 2002, however, this could not be confirmed.”

Subaru went on to say, “Subaru regards the alteration of emissions and fuel economy data found by the Investigation as inappropriate conduct and an extremely serious compliance problem. However, in the course of the Investigation, Subaru utilized data found in measurement equipment, etc. and objectively confirmed that the original measurement values were in certain range of values. Subaru used the worst value in such range to recalculate values necessary for quality control purposes, and re-verify whether such values meet the internal quality control standards. This resulted in all 903 vehicles for which data had been altered meeting quality control standards. Since Subaru’s quality control standards are stricter than those stipulated in the Safety Standards, there were no data alterations that would require recalls or present other quality issues.”

Subaru says they are “determined to implement measures to prevent recurrence of this problem, to reform outdated aspects of its corporate culture such as authoritarianism, reliance on precedents, and formalism, and to become a genuine “upright company,” each employee of which thinking, “what is the right thing?” and implementing in the right way.”

Subaru will not be recalling any Subaru Forester, Crosstrek, WRX, WRX STI or BRZ vehicles as a result of this investigation. It does not affect any U.S. models and consumers should not be affected.

Herry wrote on April 27, 2018 - 11:33am Permalink
Corruption should lead to jail. If not, then a baseball bat ! Justice !!!
David Warren wrote on April 27, 2018 - 12:25pm Permalink
That's disappointing! Sounds like a typical, first-round manufacturer's response: lots of vague, double talk and no real ownership of the issue. They've violated the first rule of good PR: immediately own the issue and proactively make it right. I predict a painful unwinding of this issue that will ultimately cost Subaru a lot more than immediate recalls would have - especially in their brand value and perceptions with an otherwise uber loyal base - of which I was one...