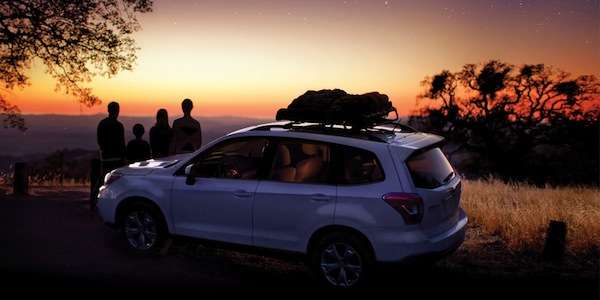 Subaru hits the sweet spot with the 2015 Forester

The 2015 Subaru Forester is the top-selling vehicle in Subaru’s lineup. How did they hit the sweet spot?
Advertisement

Subaru seems to be making all the right moves and the 2015 Forster is leading the way. How did Subaru come up with the right small SUV at the right time to capture so much of the market? It’s called a sweet spot and Subaru hit it. A sweet spot is the point or area on a bat, club, or racket at which it makes most effective contact with the ball. It’s an optimum point or combination of factors that Subaru has hit at exactly the right time in the market.

Subaru has the right products at exactly the right time for the U.S. and global markets. America's car-buying preferences have definitely changed. A recent Motley Fools story tells us that a decade ago, big truck-based SUVs were hot, and as gas prices rose,buyers started favoring compact and midsize cars instead. U.S. buyers have fallen in love with SUVs, and recently they are favoring
compact and midsize SUVs.

Subaru has been producing these multi-purpose vehicles like the 2015 Forester SUV and Outback crossover for decades. They are now appealing to a larger segment of the population and Subaru was at the right place at the right time. They hit the sweet spot in the market and are now experiencing fast growth in the U.S.

The Motley Fools story says, analysts at TrueCar report that through the first eight months of 2014, the small and midsize utility market segments have gained 1.8 percentage points of market share in the U.S., while their sedan counterparts have lost 1.4 percentage points. The big shift has benefitted the Subaru brand in a big way.

Just two years ago, Forester was outdated and few people wanted to buy the compact SUV. Subaru totally redesigned the small SUV and now, the new-generation 2015 Subaru Forester leads Subaru of America to see its best-ever sales month in August. That’s quite a quick turn around for the small SUV. The new-generation model is Subaru’s number one selling multi-use vehicle in their lineup even ahead of the popular Outback wagon.

Subaru of America reported in August that the 2015 Forester saw a whopping 42.85 percent increase YTD over the the previous years sales. That leads all the other models in Subaru’s lineup. It also outsold all the other models in the month of August and beats out the Outback which has been the number one seller in the stable for Subaru. Additionally, August saw the best month ever for the Subaru Forester.

The 2015 Subaru Forester is selling so fast that Subaru had to adjust their sales goals up from 460,000 to 500,000 units for 2014. Subaru says that sales for 2014 are now expected to exceed the previous best selling year of 2013 by more than 17 percent. The Subaru brand has hit the sweet spot with the 2015 Forester and new 2015 Outback. Even though it looks like Subaru is an overnight success, they’ve been building these vehicles for decades. Subaru has the right products at exactly the right time for the U.S. and global markets.