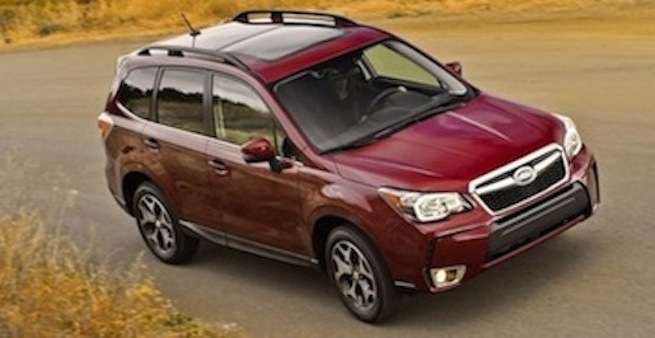 Subaru has created a monster with the new 2014 Forester

Subaru can’t keep up with demand for the all-new 2014 Forester and it’s giving company officials a problem that any automaker would like to have.
Advertisement

Subaru is selling too many cars and its creating a big problem for the small Japanese automaker. Subaru needed to redesign the Forester crossover because sales of the mid-size SUV were falling and it needed a complete makeover. The newly redesigned 2014 Forester was introduced late last year and sales have skyrocketed here in the U.S. The all-new Subaru BRZ sports car was also introduced in 2013 and the company can’t keep up with demand around the globe for the rear-drive coupe, and buyers have to wait month’s to get their hands on one.

According to The Wall Street Journal, Subaru-brand sales in the U.S. are up 27 percent in the first seven months of 2013, which is more than three times the market overall. And the small automaker is on track for a sixth-straight year of record sales. But the extreme success is causing growing pains for the Japanese automaker. Subaru can’t produce it’s most popular vehicles fast enough.

Subaru sells more cars in the U.S. than anywhere around the globe and has created a niche market and a loyal following. Subaru is planning to invest close to $400 million to increase output at its U.S. factory in Lafayette, Ind. and in 2016, that will increase 76 percent to 300,000 vehicles. Subaru of America imports some of the vehicles from Japan and Japanese production will be increased 15 percent by the end of August compared with 2012.

Subaru is the most profitable Japanese automaker with an operating profit margin of 12.7 percent surpassing giant Toyota with a 10.6 percent profit between April and June. Masahiro Kasai, manager of plant production in Japan says, "It's like when the tube of toothpaste has run out and you try to squeeze out the last little bit from the bottom again."

The all-new 2014 Forester is creating much of the problem here in North America. The new crossover's U.S. inventory stands at a 15-day supply, compared with the U.S. industry average of around 60 days. And Subaru expects the U.S. market to grow as they also introduced the new 2013 XV Crosstrek and will have a new hybrid variant coming later this year.

It’s a good problem to have, but Subaru has to go back to the drawing board and figure out how to build more vehicles without risking too much in building new factories. Subaru of America Chairman Takeshi Tachimori is laying awake at night trying to figure out what to do. He says, "It is something we haven't really done much of before. We know how to study worst-case scenarios, but we've never examined a best-case scenario," Mr. Tachimori said. "It will be more problematic if we miss out on an important opportunity so we should examine these kinds of best-case scenarios as well."

We shouldn’t feel too sorry for Subaru. It’s better to have so much demand for the all-new 2014 Subaru Forester that you can’t build them fast enough than to have too much inventory and no buyers for your new crossover. But if you want a new Forester, expect to wait to get the exact color and options you want.