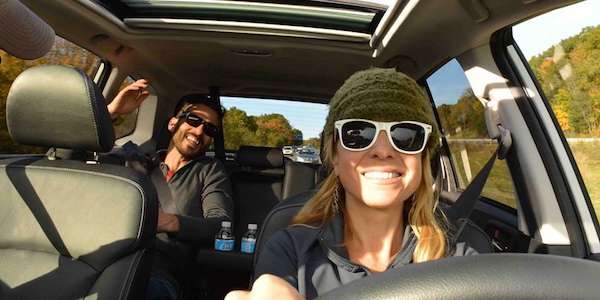 Subaru Has Been All About Love, Now They Want to Make You Smile

The new Subaru Corporation has been all about “love”, now they want to make you smile. How will they do it?
Advertisement

Subaru wants to make you smile in your new 2018 Outback, Forester or Crosstrek and they have a plan to do it. When Subaru changed their name from FUJI Heavy Industries (FHI) to Subaru Corporation in April, they did it with a purpose. To put more of a focus on their automobile manufacturing. They also did it because they’ve created a brand image that’s worth a lot more than FHI in the consumer’s eye.

At the 2nd Advertising Week Asia #AWASIA last month, Subaru President Yasuyuki Yoshinaga, was one of the panelists along with CNN, McCann Worldgroup, and Tencent. Subaru is one of the smallest automakers on the planet. but they have created a brand that’s the envy of the auto industry with their continued sales growth. AW Asia wanted to find out how they are doing it.

Subaru’s President and CEO told them where they’ve been and where they are going. Yoshinaga says, the new Subaru Corporation aims to stay competitive by taking advantage of its distinctiveness under the company’s philosophy of becoming “a compelling company with a strong market presence built upon its customer-first principle.” Today, they have distinctiveness with their top-selling all-wheel-drive Subaru Outback wagon, Forester SUV and Crosstrek crossover vehicles.

In one of the sessions,Yoshinaga tells how Subaru had tough times in the 2000s and had to come up with a plan to turn things around. The small Japanese automaker implemented radical reforms that achieved record net sales for four consecutive years and a high level of profitability. They’ve done it the U.S. with an ad campaign that’s all about “love” by offering Subaru customers a safe, loving lifestyle. Yoshinaga elaborated, “Subaru is here because there is love here.”

Subaru’s next plan is to keep you smiling after you drive away in one of their all-wheel-drive vehicles. To remain competitive with distinctiveness, Subaru has relied on marketing tactics to develop a personality for the brand that worked in attracting consumers. When the company officially changed their name to Subaru Corporation, they launched a major campaign introducing the brand name along with the revised policy, updating the “company creating things” to the “company creating smiles.”

Subaru wants to be on the side of the customer by having happy and satisfied buyers. If they can continue to do that, you will be smiling in that new 2018 Subaru Outback, Forester or Crosstrek.