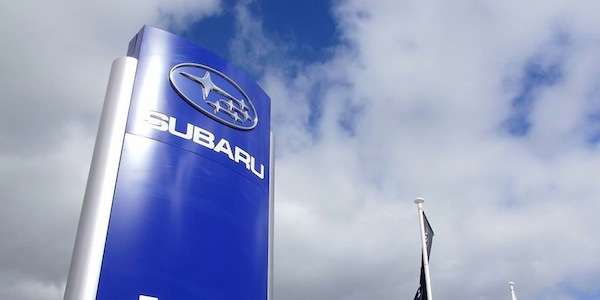 Subaru sells the performance 2015 WRX STI in the UK and the brand is most recommend above all others. Why did Subaru beat more than 40 rival manufacturers?
Advertisement

How did they determine Subaru is number one?

WeLoveAnyCar.com now has over 663,199 car owner reviews and covers virtually every model on UK roads. Each motorist is first verified as the owner of the car and then asked to rate a number of factors including "would you recommend your car?" Owners rate from 1 to 5, with 5 being the highest. Subaru received the highest rating overall.

A small but happy group of owners

According to CarCountUK, the WeLoveAnyCar.com service which gives out how many makes and models are registered to drive on UK roads, there are 87,710 Subarus currently on UK roads. Subaru doesn’t sell many cars in the UK, but the owners that have them are a happy group. Last year, according to the Society of Motor Manufacturers and Traders, Subaru sold only 2,271 units in 2013.

Subaru longevity is a factor

With such low sales in recent years this figure alone is testament to Subaru longevity and reliability. Here in the U.S., Consumer Reports compiled a list of the top ten cars most likely to go 200,000 miles and two Subarus made the top ten list. The 2015 Subaru Legacy sedan and 2014 Subaru Outback wagon. Subarus are known to go this many miles and more, and one thing you’ll notice about their owners, is how long they hang on to them. Like a badge of honor, they watch the odometer to see it roll over the 100,000 mile and then 200,000 mile marks and beyond.

Subaru exclusivity in the UK

Another factor that’s part of the appeal of owning a Subaru in the UK is its exclusivity.  One Subaru Legacy owner on the WeLoveAnyCar.com car review site said: “Great car that stands out from the crowd because it is so rare.”

Subarus are “Fun to Drive”

This same UK Subaru owner said his Legacy is “fun to drive.” Here in the U.S. Consumer reports ranked the Subaru BRZ and Subaru WRX/STI as the most fun-to-drive in the Sports/sporty cars category. The entire Subaru lineup with their all-wheel-drive capability and unique Subaru drivetrain make them all very sporty and unique in their driving dynamics.

Subaru vehicles are able to deliver a unique combination of safety, utility, performance and value to owners of the multi-use vehicles. It could be why Subaru is seeing so much success in the U.S., Canada and Australia. Subaru has increased exports by over 17% in 2014 and now the brand and the highly regarded cars are becoming an international success story. The 2015 Subaru WRX STI is sold in the UK and owners are happy and the brand is most recommend above all others. Subaru beat more than 40 rival manufacturers to win the pole position in the “recommended by owners” category.