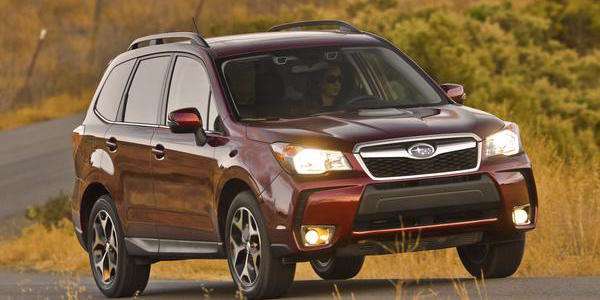 Subaru Forester Protects the Driver, the Passenger Not So Much

The top-selling 2017 Subaru Forester may not be as safe as once thought, for the front passenger. What did a recent IIHS crash test reveal?
Advertisement

The 2017 Subaru Forester is the brands top-selling vehicle in their lineup and gets top safety crash ratings for the driver. But what about the front passenger if the vehicle is involved in a front end crash? According to a study by the Insurance Institute for Highway Safety (IIHS), among seven small SUVs with good driver-side small overlap front ratings, only one would earn a good rating for passenger-side protection.

The Subaru Forester gets top ratings in the IIHS right-side small overlap crash, and the vehicle protects the driver. But a new study reveals the good protection doesn't always extend across the front seat to the passenger. Up until now, IIHS only conducts the test on the drivers side of the vehicle and is meant to simulate a car hitting a light pole or a tree. Why just test the driver’s side? IIHS says, “Every vehicle on the road has a driver, but there isn't always a passenger riding along.” They have not done testing on the passenger side, until now.

What are the results?

IIHS has just recently begun testing on the passenger side and results are not the same for the driver’s side crash. New passenger-side tests show small SUVs, don’t perform as well when they were crashed into a barrier on the right side instead of the left. Even though the models appear to be symmetrical, automakers don’t put the same level of protection on both sides.

PAGE 2: Which vehicles failed the test?

Only one of the vehicles, the 2016 Hyundai Tucson, performed at a level corresponding to a good rating. All others ran the gamut from poor to acceptable. The results have prompted IIHS to consider instituting a passenger-side rating as part of its TOP SAFETY PICK criteria. Engineers who design small SUV models like the 2017 Subaru Forester model will have to go back to the drawing board and build in safety for the front passenger too.

Arthor Wright wrote on June 27, 2016 - 3:43pm Permalink
I wonder if models that put the driver on the other side of the car (i.e. Britain) are better protected on that driver's side of the car.
D Power wrote on June 30, 2016 - 7:20am Permalink
I thought Subaru strived hard for symmetry ?
Alex wrote on July 8, 2016 - 4:53am Permalink
IIHS tested the 2014 Forester. Do we know that the 2017 model has NOT been designed to protect the passenger side equally?
Rand wrote on July 12, 2016 - 1:21pm Permalink
Save a dime lose a dollar. Shame on the auto makers and safety engineers! Passenger safety compromised just for greed.