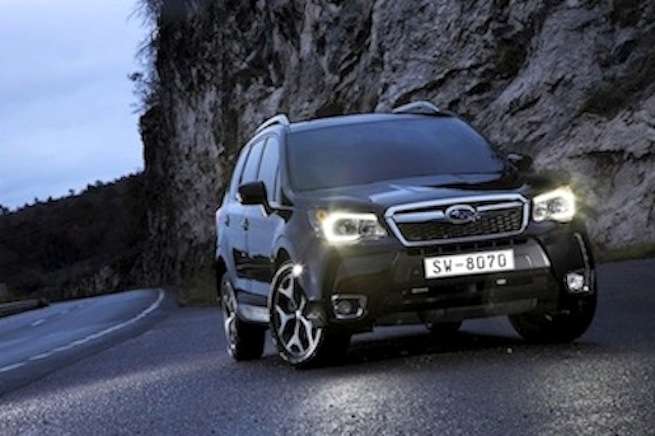 Subaru expands 2014 Forester into largest auto market in the world

Subaru already introduced the 2014 Forester and 2013 BRZ into China but will partner with Pangda Automobile Trade Co., Ltd and expand its global reach farther into China.
Advertisement

If you think Subaru plans to stay a small automaker, the recent announcement today could change that in the future. Last year when Subaru introduced the 2014 Forester at the 2012 Guangzhou International Motor Show it was at a time when its rivals Toyota and Honda had shut down plants in China due to a territorial dispute between Asia’s two largest economies.

Subaru is the only major Japanese automaker that does not have a plant in China. Subaru’s smaller presence in China has helped shield it from a consumer backlash triggered by a decades-old territorial dispute involving a group of islands called Senkaku in Japan and Diaoyu in China. Chinese consumers have responded by not purchasing Japanese cars which has caused deliveries to slump and the competitors factories have been idled.

But Subaru is wise and has just announced a joint venture with China’s leading auto dealer group, Pangda Automobile Trade Co., Ltd which will help them sell Subaru automobiles in the largest market in the world. Subaru is looking to expand on a global level and this will be a top priority market behind the U.S. and Japan.

Under the new structure, Fuji Heavy Industries Ltd. (parent company of Subaru) will hold a 60% stake and Pangda 40%. Subaru says the workforce will be also reinforced with the planned increase from the current 80 to a 200-employee level. At some point, Subaru will need to expand its production facilities, as the Japanese automaker is struggling to keep up with demand around the globe for the new 2014 Subaru Forester and BRZ.

As sales increase in China, look for Subaru to make an announcement to begin manufacturing their cars in China. As demand increases for the all-new 2014 Forester and popular 2014 BRZ sport coupe, they will need to build a new factory. Stay tuned to Torque News for the latest global Subaru news.

LG's New EV Battery Plant Is a Welcome News for Tesla
Tesla Giga Berlin's New Hurdle: It's Not Only the Gov't, but Now Tesla Itself
END_OF_DOCUMENT_TOKEN_TO_BE_REPLACED