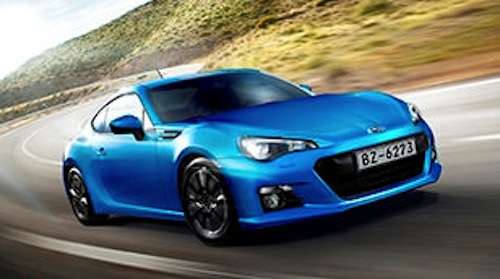 Subaru will unveil the the new 2014 Forester and BRZ at Auto Shanghai 2013 as they introduce these globally-popular models into the China market.
Advertisement

Subaru is advancing their products around the globe and will introduce the all-new 2014 Forester and new BRZ sports coupe into the largest auto market in the world. Fuji Heavy Industries Ltd., the maker of of Subaru automobiles, has announced they will exhibit the new Forester crossover alongside the BRZ sports car and BRZ GT300 race car at the 15th Shanghai International Automobile Industry Exhibition. The show will be held in Shanghai, China which opens to the public on April 21 and runs through April 29, 2013). But will Subaru be able to overcome a decades old dispute between the two countries?

The worlds largest auto market could be a challenge

China is the worlds largest auto market and Subaru wants to make sure the Chinese see their latest global products. Subaru originally unveiled the Forester at the Guangzhou International Motor Show last November. But the Japanese automaker could have a difficult time in China due to a territorial dispute between Asia’s two largest economies. A decades-old territorial dispute involving a group of islands called Senkaku in Japan and Diaoyu in China have caused Chinese consumers to avoid purchasing Japanese cars.

It’s been so severe that Japanese competitors have shut down plants in China due to lagging sales. Subaru is the only major Japanese automaker that does not have a plant in China and it has been a blessing in disguise. Subaru’s smaller presence in China has helped shield it from a consumer backlash. The show in Shanghai could reveal how well that Subaru is accepted in China.

Even though the consumer’s anti-Japan protests have subsided in China, tensions continue to simmer. Fuji Heavy Industries Ltd. President Yasuyuki Yoshinaga said at the unveiling of the new Forester last year in Tokyo, “Selling cars in China is difficult now. Luckily we can cover the loss there by producing more cars for Japan and the U.S., since we don’t have a plant in China.”

Subaru will showcase the Forest and BRZ

Subaru will showcase the all-new 2014 Forester and it will be featured along with a display with its cutaway body to highlight the vehicle's excellent packaging and technological advantages including Subaru's symmetrical AWD structure and functions. The new Forester for the Chinese market comes standard with special features including the "Shark Fin" style radio antenna and side window chrome moldings applied around the whole perimeter. The unique differences are designed to enhance the Forester’s product appeal to the Chinese customers.

Along with the new Forester, Subaru will display the new BRZ sports car and introduce the rear-drive coupe to the Chinese for the first time. They will also bring the Subaru BRZ GT300 race car that is preparing to compete in the 2013 season of the SUPER GT series which is widely regarded as Japan's top motorsports category.

With the display of the Subaru BRZ GT300 race car, FHI will embody the Subaru BRZ's product concept "Pure Handling Delight -the driving experience taken to a new level.” By showcasing the newly-introduced Subaru BRZ and all-new 2014 Forester at the Auto Shanghai, Subaru intends to enhance the presence of these globally-popular models in the China market.