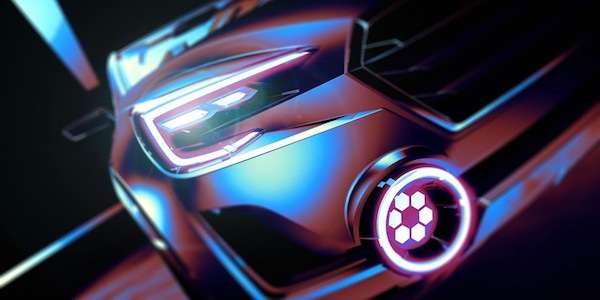 There could be some surprises coming to the 84th Geneva Motor Show. Subaru will unveil two 2015 WRX STI performance cars and new VIZIV 2 Concept car in Geneva. The new 2015 WRX STI Nurburgring 24-hour race car is not a surprise and has been seen testing in Japan and the U.S. recently. But the new European spec WRX STI and new VIZIV 2 Concept car from Subaru are going to be the big news at the show.

Subaru will bring a new concept car called the VIZIV 2 Concept that will be a new future-generation crossover for the brand. Subaru has released a teaser image of the new concept car and it looks it could be the forerunner for a new future Outback design. While most concepts don’t ever look much like the production model, we aren’t getting our hopes up.

The new Subaru VIZIV 2 Concept making its global debut in Geneva follows on the heals of the VIZIV Concept unveiled at last year’s Geneva Motor Show, and “VIZIV Evolution Concept”, revealed at the Tokyo Motor Show 2013. Both models are future design idioms that Subaru is working on to somewhat gage public opinion before launching the car into a production model.The “VIZIV” model name is a word inspired by the phrase “Vision for Innovation.”

The all-new 2015 WRX STI Nurburgring 24-hour race car will also be making its European debut in Geneva. It just complete its shakedown in Japan and was introduced at the Tokyo Auto Salon 2014 earlier this year. It just made its way across the ocean and was seen testing at Mazda Raceway Laguna Seca near San Francisco, California.

Stay tuned to Torque News as the 2015 Subaru WRX STI European spec and Nurburgring 24-hour race car along with VIZIV 2 Concept make their European debut in Geneva. The 84th Geneva International Motor Show runs from March 6 to 16. The European spec 2015 WRX STI will be unveiled on March 4.