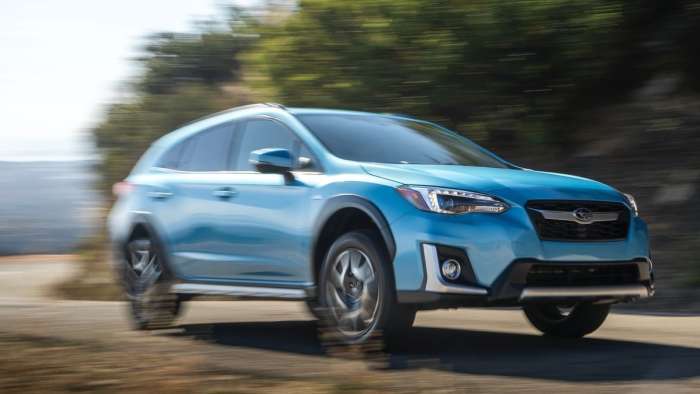 The Subaru Crosstrek Hybrid, all-new for the 2019 model year, gets a prestigious Green Car Product of Excellence Award. See what other cars it shares it with.
Advertisement

Subaru isn’t known for its hybrid models and it only has one in the entire lineup. It's one-and-only hybrid, the 2020 Subaru Crosstrek, gets a prestigious award from Green Car Journal. The new Subaru Crosstrek Hybrid wins the magazines' 2020 Green Car Product of Excellence award.

The Subaru Crosstrek didn’t win the overall award which went to the Honda CR-V, and CR-V Hybrid models for 2020 Green Car SUV of the Year but is a runner up along with the Ford Explorer Hybrid, Toyota Highlander Hybrid, and Toyota RAV4. 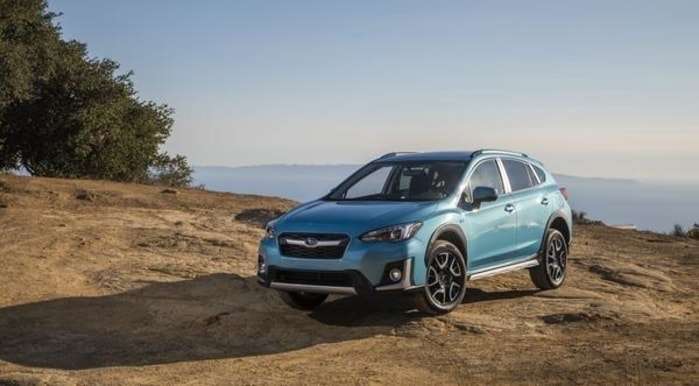 By virtue of its notable “green” credentials and environmental achievement, the Crosstrek Hybrid scores the 2020 Green Car Product of Excellence Award. For Crosstrek to be even considered for the 2020 Green Car SUV of the Year award is an accomplishment for the small Japanese automaker.

The 2020 Crosstrek Plug-In Hybrid is a product of the automaker’s parentship with Toyota who now owns a 20 percent share in Subaru. It allowed Subaru to tap Toyota’s vast hybrid resources for their first-ever PHEV and pulled largely from Toyota’s Prius Prime.

The 2020 Crosstrek Hybrid is the most fuel-efficient model in the lineup getting up to 90 MPGe (on a full charge). The new crossover has a total driving range of up to 480 miles. MPGe is a metric used to compare the relative efficiency of alternative fuel vehicles to gasoline vehicles. In pure electric mode, the Crosstrek Hybrid is as energy-efficient as a gasoline-powered vehicle rated at 90 mpg.

Subaru offers the 2020 Crosstrek Hybrid in one loaded trim starting at $35,145. Opting for the one available package will cost you another $2,500 for a moonroof, upgraded sound system, heated steering wheel, and integrated navigation, bringing the pre-rebate total to $38,470.

That might sound like a hefty amount, but those who qualify for federal tax credits and state rebates can significantly reduce the vehicle's overall cost while saving money at the pump. The 2020 Subaru Crosstrek stands alone in the Subaru lineup as the only Hybrid model for now, but look for more models coming soon. Stay tuned.

You May Also Like: New Subaru Crosstrek Is Too Hot For You To See A Turbocharged Model Anytime Soon

Digitaldoc wrote on November 28, 2019 - 10:57pm Permalink
Give it whatever award you want, it still has too large of a battery that fills up the cargo area, and compromises the vehicle. Also, this Crosstrek Hybrid has limited availability outside of a few areas of the US. It really is a first gen, and needs some more work.
Michael Nielsen wrote on December 6, 2019 - 9:06pm Permalink
I got one by driving over to Maryland and I am pretty happy with it. I do almost all my around town driving on electric. I am presently at 70 mpg for the total 1200 miles that I have driven it. It has enough room for me. It's my first Subaru and so far, so good. The only thing that was disappointing were the tires, some off brand that I imediately replace with Michelins.

Elon Makes a Cybertruck Statement With an Action, But Quiet in Words
Tesla's Record Month in China: Doubled Registrations in March 2021
END_OF_DOCUMENT_TOKEN_TO_BE_REPLACED